AN IPS cadre officer, Roy, had been involved in the investigation of several high-profile cases, including the IPL spot fixing and cases related to the 26/11 Mumbai terror attacks, journalist J Dey and actress laila Khan murders. 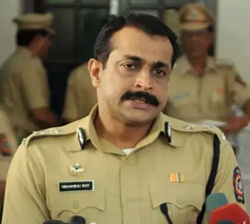 Roy, a former Maharashtra Anti-Terror Squad chief, was battling cancer, and had been on medical leave since 2016 as he was battling cancer.
A 1988 batch officer, Roy allegedly used his service revolver to shoot himself at around 1:40 pm today. His body was rushed to hospital, where doctors pronounced him him dead on arrival.
Roy became the youngest superintendent of police at Nasik (rural) in 1995, before moving on as SP, Ahmednagar; DCP Economic Offences Wing, DCP Traffic, DCP Zone 1, and Commissioner of Police, Nasik.
He was appointed joint commissioner of police Mumbai in 2009 and is credited with setting up Mumbai’s first cyber crime cell, the women’s cell, and anti-dacoity operations in rural Maharashtra.
MORE REPORTS