Prince Charles was approved as the successor to Queen Elizabeth II as head of the Commonwealth at a meeting of the group’s heads of government in Windsor on Friday, BBC and other media reported. 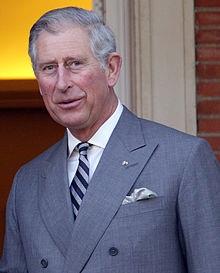 There have been calls for the role to be rotated around the 53 member-states, most of which are former British territories, but in recent days the queen, the British government and other leaders have backed Charles.
Queen Elizabeth on Thursday told leaders from the 53 member states that she wanted her eldest son to succeed her in the symbolic figurehead role.
Leaders travelled 20 miles outside London to gather at Windsor Castle for private talks, and agreed that Charles, heir to the thrones of 16 Commonwealth nations, should follow the monarch in the non-hereditary position, the BBC, Sky News television and the domestic Press Association news agency reported.
India’s Prime Minister Narendra Modi was in the UK on Friday and was no doubt present at the talks – India, a former colony that was once the ‘jewel’ in the imperial crown, is very much part of the Commonwealth. But the Indian media so far is silent on this, and it is not known what stand, if any, Modi took.
The Commonwealth Secretariat, which carries out the organisation’s day-to-day work, did not immediately respond to requests for comment from Reuters and others. Prime Minister Theresa May’s office did not comment on the report.
The Commonwealth evolved out of the British Empire in the mid-20th century, and the queen has been its head since her reign began in 1952. Charles had long been expected to take on the role even though it is not strictly hereditary.
Following Queen Elizabeth's public call as she opened the group's summit on Thursday for potentially the final time, a series of Commonwealth premiers voiced their support Thursday for Charles as a figure of stability and continuity.
Queen Elizabeth, who turns 92 today, spoke of her own "extraordinary journey" since pledging to serve the Commonwealth for life when aged 21.
This week’s Commonwealth summit has seen thousands of delegates from across the globe descending on London, debating issues such as the environment, women’s rights and trade. It was to end on Friday when May was due to speak at the time of this report.
"It is my sincere wish that the Commonwealth will continue to offer stability and continuity for future generations and will decide that one day, the Prince of Wales should carry on the important work," the queen said, referring to Charles.
British opposition leader Jeremy Corbyn, head of the Labour Party, said on Sunday that the role could go to a rotating presidency.
But British Prime Minister Theresa May gave her backing to 69-year-old Charles.
"The government supports the Prince of Wales as the next head of the Commonwealth. He has been a proud supporter of the Commonwealth for more than four decades," her spokesman said.
Britain has sought to use its hosting of the event as a chance to reinvigorate the loose alliance of countries, which have a combined population of 2.4 billion people, eyeing increased trade and global influence as it prepares to leave the European Union.
But the summit has been overshadowed by the embarrassing treatment of Caribbean migrants who came to Britain after World War II to help rebuild the country but have been caught up in a tightening of immigration rules.
The biennial meeting, taking place in Britain for the first time in 20 years, could be the last attended by the queen as she cuts back on some of her official duties. The next summit is due to be held in Malaysia in 2020.
MORE REPORTS