Smitten by cryptocurrency mania Bollywood icon Amitab Bachchan's family invested $250,000 in a Singapore-based small technology firm two-and-a-half years ago, whose value has grown to $17 million today thanks to the market hype that made the unregulated currency the most rewarding investment. 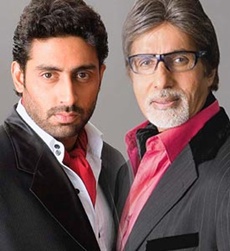 Amitabh Bachchan and his son Abhishek made the investment through Singapore-based investment firm Meridian Tech Pte, a firm founded by Venkata Srinivas Meenavalli, in May 2015.

The Bachchans would probably have never imagined that their investment would appreciate so much but for the bitcoin bubble that is enveloping Wall Street and several financial markets across the world.

Meridian's prime assets include Ziddu.com, a cloud storage and e-distribution start-up, which is now being described as "a Blockchain technology empowered solutions provider" that offers microfinance using "crypto currencies across continents."

Ziddu does micro-lending against warehouse receipts using 'Ziddu Warehouse Coin', which, according to the company, is a smart contract that enables importers and exporters to use their Ziddu coins that are loosely pegged to Ethereum and Bitcoin Cryptocurrency.

Traders convert Ziddu coins into Ethereum and Bitcoin and use the proceeds for their working capital needs, acording to US-based LongFin Corp, a Meenavally outfit.

With the swelling of the value of Bitcoin, Ziddu coins also gained in value.

Bachchans had invested in Meridian under RBI authorised liberalised remittance scheme (LRS) when Ziddu was a "cloud storage and e-distribution startup".

The market hype created by words like 'blockchain' and 'cryptocurrencies', helped push up the value of LongFin stock more than 1,000 per cent in less than a week, after surging over 2,500 per cent on Friday when the deal to acquire Ziddu.com was announced.

Following the asset purchase, the Bachchans received 250,000 shares of LongFin in lieu of their holding in Meridian Tech. At Monday's stock price of $70 a share, Bachchans' holding in LongFin is valued at $17.5 million (or around Rs114 crore at current exchange rate).

The question is whether the Bachchans would try to cash in on the current euphoria or keep investing in the virtual currency's ever rising potential to create value without any intrinsic value.

LongFin happens to be another bubble that is growing on the Bitcoin bubble that can burst any time, say commentators.