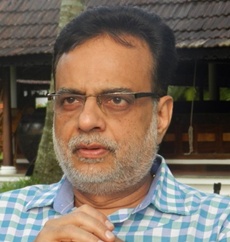 A 1981 batch Gujarat cadre IAS officer, Adhia's elevation to the post of the seniormost secretary in the finance ministry comes as Ashok Lavasa's term ended in October.

Modi had handpicked Adhia to lead the scrapping of all Rs500 and Rs1,000 notes worth Rs1,540,000 crore or 86 per cent of the cash circulation in the country. Adhia and his 6-member team, worked in extreme secrecy in the run up to demonetisation.

Adhia had earlier served as principal secretary to Modi and during his stint at chief minister's office in Gujarat, earned Modi's trust with the successful rehabilitation of victims of the 2001 Gujarat earthquake. Besides, he was crucial to the state's Vibrant Gujarat - an investor summit which became the hallmark of Modi's Gujarat government.

And, later as revenue secretary in 2015 reporting to union finance minister Arun Jaitley, he continued to have unfettered access to the prime minister, often discussing issues in Gujarati.

''This is the biggest and the boldest step by the government for containing black money,'' Adhia tweeted just after Modi announced demonetisation on the evening of 8 November 2016.

As finance secretary, Adhia will have to closely work with all five departments of the finance ministry, including expenditure, economic affairs, financial services, revenue and department of investment and public asset management (DIPAM).

Born in Wankaner in Rajkot district, 58-year-old Adhia served in various positions in his home state - as director of Gujarat State Financial Services Ltd, managing director of Gujarat Industrial Development Corporation as well as finance secretary and principal secretary to the then chief minister Narendra Modi.

Adhia, who has a Ph.D. in Yoga from Swami Vivekananda Yoga University in Bengaluru, also is Modi's Yoga guru. It was he who inspired Modi to spread the message of Yoga.

Yoga is now a regular feature at BJP's chintan shivirs and in 2014, the United Nations declared 23 June as International Yoga Day, at Prime Minister Modi's urging.