Opposition in disarray over Ram Nath Kovind as presidential nominee

The ruling Bhartiya Janata Party (BJP) on Monday ended the suspense over the likely successor to President Pranab Mukherjee by naming Bihar governor Ram Nath Kovind as the NDA's presidential candidate, in a move that would change party equations. 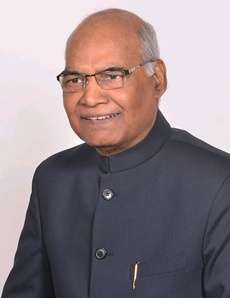 An annoyed opposition, including the Left, accused the ruling party of going back on its offer of a consensus candidate and taking the decision on the presidential nominee 'unilaterally'.

The opposition parties are now in a quandary as they find nothing to oppose the nomination of Kovind, a Dalit leader, except his being a member of the RSS (Rashtriya Swayamsevak Sangh), an organisation that all opposition parties consider anti-secular.

However, the opposition, now a depleted force sans BSP's Mayawathi and Bihar chief minister Nitish Kumar, hesitated to question Kovind's credentials and decided to meet on 22 June to chalk out a strategy.

The meeting, to be chaired by Congress President Sonia Gandhi, will take a final decision on a course of action for the 17 July presidential election, senior Congress leader Ghulam Nabi Azad said.

Mamata Banerjee expressed surprise over the choice of Kovind and said "in order to support someone, we must know the person".

"Candidate should be someone who will be beneficial for the country. The opposition will meet on June 22 - only then we can announce our decision," she said.

The Shiv Sena, which earlier suggested M S Swaminathan for nomination as presidential candidate, now says it was not consulted, indicating its unhappiness.

The Bahujan Samaj Party (BSP) said it cannot oppose the NDA candidate unless the opposition puts up a popular Dalit candidate while Bihar chief minister Nitish Kumar hailed Kovind's role as state governor but remained non-committal on supporting him.

Communist Party of India-Marxist leader Sitaram Yechury said Kovind "was chief of the RSS's Dalit branch" and "somewhere it was a political fight or contest".