Union minister of state for environment and forest and an environmentalist in his own right Anil Madhav Dave died early today following a cardiac arrest. He was rushed to AIIMS in the national capital after complaining of uneasiness, where he was pronounced dead. 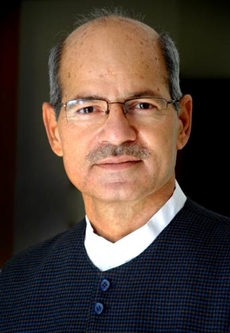 Dave, 60, has been going through a prolonged period of illness, although he tried to keep up with his routine work.

Dave has been a member of the Rajya Sabha since 2009. He was sworn in as a minister of state with independent charge of environment, forest and climate change in 2016.

Born in Ujjain and educated in Gujarat, Dave had worked hard to build the image of an environmentalist and a thinker after his entry into party politics with support from Uma Bharti.

An RSS worker from Badnagar in Madhya Pradesh, Dave did his post-graduation in commerce from Devi Ahilya Vishwavidyalaya, Indore.

Dave was an amateur commercial pilot. He was instrumental in forming the BJP government in MP.

Condoling Dave's death on Twitter, Prime Minister Narendra Modi hailed him as a ''devoted public servant'' who was ''tremendously passionate towards conserving the environment''

Polite, soft spoken and a man of few words, Dave was a Rashtriya Swayamsevak Sangh (RSS) man at heart and in mind.

Dave has been overseeing changes in the coastal protection regulations, perhaps one of most critical changes to the environmental regulations, at the time of his demise.

On his demise, the prime minister tweeted, ''I was with Anil Madhav Dave ji till late last evening, discussing key policy issues. This demise is a personal loss. Anil Madhav Dave ji will be remembered as a devoted public servant. He was tremendously passionate towards conserving the environment.''