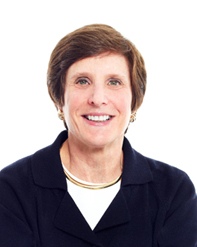 Mondelez's board has discussed possible replacements for Rosenfeld, who is also chair of the company, and hired recruiting company Heidrick & Struggles International Inc to evaluate replacements.

The Illinois-based company has recently faced pressure from activist investors like Bill Ackman and Nelson Peltz after sales dropped three years in a row.

Both Ackman and Peltz, who hold substantial stakes in the company, have urged Mondelez to boost earnings or sell itself.

In the past, Rosenfeld has been pressured by Peltz to consider merging with PepsiCo's Frito-Lay business (See: Activist investor Nelson Peltz renews call to split PepsiCo).

Last year it made an audacious but failed failed attempt to buy Hershey Co for $23 billion (US chocolate major Hershey rejects $23-bn takeover bid from Mondelez ) and has now kept itself open to be acquired by its bigger rivals like Pepsi Co or Warren Buffet-backed Kraft Heinz Co, which itself was a part of Mondelez before it was split from Kraft Foods in 2012 (Kraft coins name for snacks company - Mondelez International).

Mondelez, which has a market cap of around $67.5 billion, had last year announced $3 billion in cost cuts by 2018 and is seeking to sell off assets such as Terry's Chocolate Orange.

Rosenfeld runs the largest US food manufacturer. Her compensation is on par with male peers at other food companies such as Kellogg and General Mills.

Born to middle class Jewish family in the village of Westbury, 20 miles east of Manhattan, Rosenfeld, a PhD in marketing and statistics from Cornell University, is said to be remote and clinical.

She started her career with a New York advertising firm and then moved to General Foods, which was later acquired by Kraft. She spent three years as chief executive of Frito-Lay and shifted to Kraft, where she became the CEO in 2006.

She orchestrated the controversial $19-billion Cadbury acquisition in 2010 (Shareholders approve Kraft's acquisition of Cadbury), which angered British lawmakers and drew the ire of Warren Buffett, whose Berkshire Hathaway is Kraft's largest investor.