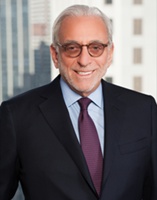 Activist investor Nelson Peltz has once renewed his campaign to split up PepsiCo, a week after the food and beverage giant headed by CEO Indra Nooyi said that it would not spin off its North-American beverage business.

The maker of Pepsi soft drink and Frito-Lay snack yesterday said that Peltz's Trian Fund Management had on Wednesday sent a 37-page letter to the company board on the merits of spinning off its beverage business.

Responding to the letter, PepsiCo said in a statement late last night that the management and the board "have spoken clearly" against a split and "our focus is on delivering results for our shareholders, not new, costly distractions that will harm shareholder interests.''

Peltz, whose Trian Fund holds stock worth around $1.2 billion in PepsiCo has targeted Nooyi, saying that since she took over reins of the company in October 2006, PepsiCo shares have returned a total of about 47 per cent, including dividends, which is less than half of that of its larger rival Coke.

Quoting from the letteracced by it The Wall Street Journal reported, Trian Fund as having written, ''We believe the best way to ensure improved performance at PepsiCo is to separate global snacks and beverages, putting the future of each business in the hands of empowered and focused management."

Peltz, who holds stock in both companies worth around $2.7 billion, wants Frito-Lay and Quaker Oats brands and Cadbury, Oreo and Nabisco to come under one roof by merging PepsiCo's snack business with Mondelez.

Mondelez global snacks business consists of many of the most popular food brands, including Oreo and LU biscuits, Cadbury and Milka chocolates, Trident gum, Jacobs Coffee, Tang powdered beverages and others.

While releasing its 2013 annual financial results last week, PepsiCo said, ''After an exhaustive review, which included the assistance of bankers and consultants, the company's management and board of directors have concluded that PepsiCo will maximize shareholder value by retaining NAB in its current structure within the PepsiCo portfolio.''

PepsiCo said that the decision was based largely on the beverage business competes in a large, profitable category that is one of the most important to the company's retail customers, provides operational and customer scale benefits to its other operations in North America, and brand and innovation scale to its international beverage business.

It also generates substantial US free cash flow which is critical to provide cash returns to shareholders.

But many analysts and investors agree with Peltz and say that the activist investor has outlined a compelling case for splitting the New York-based company which has a market value of $118.8 billion and annual revenues of $66.4 billion.

Peltz, who holds stock worth $1.2 billion in PepsiCo, said that he would soon meet other investors of the company to garner support for his campaign.

Peltz was one of the main campaigners for the split Kraft Foods Inc into two separate companies.