A Mizoram MLA enacted reel life in real life when he performed an emergency surgery on a woman at the Saiha civil hospital, in his constituency, on Wednesday, saving her life. 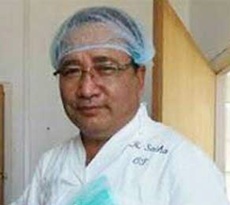 MLA Dr K Beichhua, a qualified medical graduate from the Regional Medical College in Imphal, decided to carry out the operation after he was informed that the surgeon at Saiha district hospital was away on a training programme in Imphal.

''I was informed that a 35-year old woman was having severe abdominal pain and needed to be operated immediately. The woman's stomach had a large perforation (hole) and if the operation had not been performed, she may have died,'' Hindustan Times quoted Dr Beichhua as saying.

Beichhua said he decided to abandon his political engagements at that time and instead rushed to perform the surgery.

The woman is reportedly fine now. ''I visited her on Thursday and she was laughing,'' Dr Beichhua said.

The 52-year-old MLA, who completed his medical degree in 1991, was a general practitioner for about 20 years before entering politics and joining the Mizo National Front (MNF) in 2013.

''I have performed hundreds of operations during my career, but the last one was in December 2013 after I got elected as an MLA,'' he said.

Dr Beichhua, whose wife is also doctor, had unsuccessfully contested from Saiha as an independent candidate in the 2008 assembly polls. In 2013, he contested on a MNF ticket and defeated the sitting Congress MLA, S Hiato, by a margin of 222 votes.

N Chakhai, the officiating deputy commissioner of Saiha district, said Dr Beichhua spoke of the emergency surgery at a district development and coordination committee meeting on Thursday to highlight the shortage of doctors.

The Saiha civil hospital has seven doctors, but only one surgeon, who was away at a training camp in Imphal when the patient developed complications and required the operation.