India's legal fraternity today expressed grief over the demise of former Chief Justice of India Altamas Kabir, who died at a hospital in Kolkata on Sunday afternoon. Judges and lawyers said it was "very unfortunate" and a "sad loss". 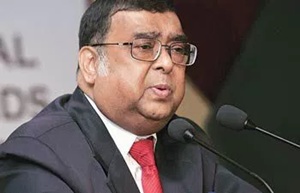 Reminiscing about the former CJI, former attorney general and senior advocate Soli Sorabjee said that Kabir was an "erudite" judge who heard counsels patiently even when they spoke about irrelevant things.

"As a judge, he was erudite, heard counsel on both sides patiently, and did not lose his temper even when counsel talked about irrelevant things. His passing away is a sad loss," Sorabjee said.

Supreme Court Bar Association (SCBA) President R S Suri expressed similar views about Kabir and said, "He was a very fine judge who made every lawyer very comfortable whether he was senior or not and no one could ever hold a grudge that he was not heard."

Terming Kabir's death as "very unfortunate", Suri said that though many people said the judge looked as if he was only listening and not passing judgments, when an actual count was taken it was found that he had delivered more judgments than most judges of the apex court.

"He was the common man's judge. He was very insightful. There were some controversies towards the end of his career, but for the average litigant he was an excellent judge. I wish more people were like him," the SCBA president said.

The 68-year-old Kabir was suffering from a kidney ailment and related complications. He died at 2.52 pm, a senior hospital official told PTI.

He is survived by his wife, a daughter and a son, his son in-law Leon DSouza said.

Kabir was appointed Chief Justice of India on 29 September 2012. He retired on 19 July 2013, which as it happened was his birthday.

Kabir was thereafter appointed as the Chief Justice of the Jharkhand High Court on 1 March 2005 and was appointed as a judge of the Supreme Court of India on 9 September 2005.

Seven years later, he was appointed as the 39th Chief Justice of India, a post he held for 292 days.