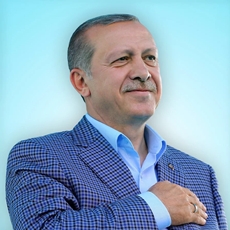 Erdogan, who has dominated Turkish politics for 14 years, has long pushed imbuing the presidency with greater political powers, arguing that strong leadership would help Turkey grow.

The main opposition party fears that if approved, the reforms would concentrate too much power in Erdogan's hands, turn the country into a de facto dictatorship, and move Turkey away from democracy and its anchor in the West.

Debate on the set of amendments is expected to last two weeks. The reforms must clear two rounds of balloting in parliament, known as the Grand National Assembly of Turkey, gaining at least 330 of the 550 votes.

If the package is approved by lawmakers, the government will submit it to a voter referendum for final approval - possibly in the spring.

On Monday, police used pepper spray to disperse a group of legislators, lawyers and other protesters who tried to gather near an entrance to the parliament building to oppose the proposed changes. Some roads leading to parliament also were blocked.

The ruling party, founded by Erdogan, is 14 votes short of the needed 330, but has secured the backing of the country's nationalist party.

The changes would scrap the office of prime minister and make the president the head of the executive branch, as well as allow him to appoint the government, dissolve Parliament, propose budgets and declare states of emergency. They would also allow Erdogan to serve another two terms, ending in 2029.

Currently, the prime minister leads the executive branch, while the president is mainly a figurehead with limited powers.

Prime Minister Binali Yildirim has expressed support for the constitutional changes. He said Monday the new system would end a possible tug-of-war between his office and that of the president.

"Two captains will sink the ship. There has to be a single captain," Yildirim said.

Other proposed amendments would increase the number of seats in the 550-member Parliament to 600, reduce the minimum eligibility age for legislators from 25 to 18, and set parliamentary and presidential elections on the same day.

The debate comes at a difficult time for Turkey, which has been rocked by a wave of bombings, renewed conflict with Kurdish rebels in the southeast, a military offensive in Syria and a failed coup attempt.

The botched 15 July coup set the stage for a sweeping purge of state institutions that has alarmed rights groups and Western governments.

The government has argued a strong presidential system would reduce instability.

Critics say the changes would allow Erdogan to rule with limited checks and balances. He already is criticised for overstepping the limits of the existing presidential powers, ruling behind the scenes and ignoring laws that require him to be neutral.

Erdogan argues that the fact that he was elected by the people directly - and not through Parliament as previous presidents were - gives him greater authority.

Former Republican Peoples' Party leader Deniz Baykal said the proposals are being rushed through while Turkey remains under post-coup emergency rule and at a time when the country is highly polarised.

"A proposal that will destroy our century-old tradition and will replace the will of the people with the hegemony of a single person stands before us," Baykal said, addressing the parliamentary session Monday. "We are holding a historic session. I am not here to engage in daily politics. I am here to safeguard Turkey."

A committee approved the draft amendments following 10 days of tense debate that at times resulted in altercations between the ruling party and main opposition party members. Debate in the General Assembly is expected to be equally tense.

The deliberations started without the two co-leaders and nine other legislators from Turkey's pro-Kurdish party, who have been jailed on charges of alleged links to Kurdish rebels.

"As our right to express our opinions and our right to vote for the constitutional changes have been usurped, these deliberations and voting are contentious, illegitimate, and their lawfulness questionable," pro-Kurdish party co-chairman Selahattin Demirtas said in a letter to parliament sent from prison.