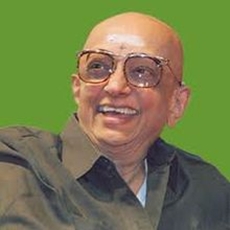 A former member of Rajya Sabha Ramaswamy was ailing for some time and was in the hospital where he breathed his last at around 4 am. The body has been shifted to his residence in the city.

Ramaswamy founded and edited the political magazine Thuglak and was outspoken in criticising the ruling government in the state and at the centre. Ramaswamy had personal rapport with many politicians in the country.

His death came only about a day after that of late Tamil Nadu Chief Minister and AIADMK general secretary J Jayalalithaa, who was a good friend of Ramaswamy and often sought his views on various matters. Prime Minister Narendra Modi and Jayalalithaa called on him while he was seriously ill early this year.

Modi's visit was despite the fact that Ramaswamy had called him a 'merchant of death' in the wake of the 2002 Gujarat riots.

A multi-faceted personality, Ramaswamy was a law graduate, a playwright and a stage actor. He has also directed several movies and was also a screenplay writer.

Ramaswamy has acted in movies along with past and present stars like M G Ramachandran, Sivaji Ganesan, Jayalalithaa, Kamal Hassan, Rajinikant and others.

He was a member of the B R C Cricket Club which played in the II division of the Madras Cricket Association (now the Tamil Nadu Cricket Association) in the 1950s. Ramaswamy also practised law in the Madras High Court, 1957-63. He was a legal adviser to T T K & Co group Companies till 1978.

He has written, directed and acted in over 20 Tamil plays which were performed over 5,000 times, acted in 180 movies scripted 14 movies, and directed four films. On the small screen Ramaswamy has written, acted in and directed several serials in Tamil and has also written novels.