Trump will be impeached, says US professor who predicted his win

A professor in Washington, DC - one of the few persons of credibility to predict Donald Trump's victory in Tuesday's presidential election - has also made another prediction – that Trump will be impeached before completing his term. 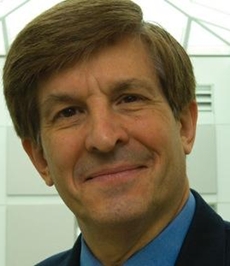 Pre-election polls showed Hillary Clinton comfortably ahead of Trump, and much of America (chiefly the media) failed to anticipate the wave of pro-Trump support that propelled him to victory. But Prof Allan Lichtman, distinguished professor, department of history, American University,  insisted that Trump was lined up for a win - based on the idea that elections are ''primarily a reflection on the performance of the party in power''.

In India, of course, we have long known this as the 'anti-incumbency factor'. But Lichtman puts it on a scientific basis, using a historically based system of what he calls ''keys'' to predict election results. The keys are explained in-depth in Lichtman's book, Predicting the Next President: The Keys to the White House 2016.

In conversations with The Washington Post in September and October, he outlined how President Obama's second term set the Democrats up for a tight race, and his keys tipped the balance in Trump's favour, even if just barely.

At the end of the September conversation, Lichtman made another cal  - that if elected, Trump would eventually be impeached by a Republican Congress that would prefer a President Mike Pence, Trump's running mat for vie president - someone whom establishment Republicans know and trust.

''I'm going to make another prediction,'' he said. ''This one is not based on a system; it's just my gut. They don't want Trump as president, because they can't control him. He's unpredictable. They'd love to have Pence - an absolutely down-the-line, conservative, controllable Republican. And I'm quite certain Trump will give someone grounds for impeachment, either by doing something that endangers national security or because it helps his pocketbook.''

So while Republican voters clearly came home before 8 November - network exit polls show 90 per cent of GOP voters cast ballots for Trump - it's less clear that the party leadership is on board.

It's worth noting that Lichtman's predictions use very different methods than pollsters and data-based prognosticators. Some statisticians take issue with the structure of his system, a set of 13 true / false questions, saying that the binary nature of his keys leads to what is called ''overfitting'', which is basically creating a system that fits the data but has little statistical significance. But Lichtman counters by saying that the system has correctly predicted every election since 1984 (specifically, his predictions have picked the next president correctly in all of those elections but 2000, when he picked Al Gore, who won the popular vote). And Lichtman has his own criticism of data-based predictions.

''Polls are not predictors,'' he said Friday in an email. ''They are snapshots that simulate an election. They are abused and misused as predictors. Even the analysis of polls by Nate Silver and others which claimed a probable Clinton victory with from more than 70 per cent to 99 per cent certainty are mere compilations that are no better than the underlying polls.''

And he has particular disdain for prediction systems that assign a likelihood of winning.

''For all his acclaim, Nate Silver is only a clerk, not a scientific analyst,'' Lichtman said.