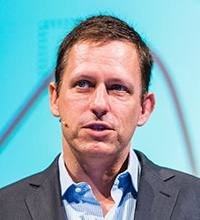 Technology billionaire Peter Thiel will reportedly give $1.25 million to the campaign of Republican candidate Donald J Trump – a move that has led to an immediate backlash from the rest of the high-tech community.

Thiel is the only prominent supporter of the Republican candidate in the community. He will give the amount through a combination of super PAC donations and funds given directly to the campaign.

The move has prompted a high-profile Silicon Valley organization to cut ties with a startup incubator backed by the Republican donor.

Ellen Pao, a former Reddit executive and vocal advocate for diversity in tech, has announced that her group Project Include is ending its relationship with Y Combinator, the well-known startup ''accelerator'' where Thiel is a part-time partner.

''Thiel's actions are in direct conflict with our values at Project Include,'' Pao wrote on Monday. She was referring to the not-for-profit group that she and other prominent Silicon Valley women formed earlier this year to push for ''diversity and inclusion solutions in the tech industry''.

''Because of his continued connection to YC [Y Combinator], we are compelled to break off our relationship with YC. We hope this situation changes, and that we are both willing to move forward together in the future. Today it is clear to us that our values are not aligned,'' Pao continued.

Thiel, who helped found PayPal and was an early investor in Facebook, is a conservative outlier in the Democratic stronghold of Silicon Valley. He became a state delegate for Trump earlier this year and delivered a much discussed speech at the Republican national convention, during which he said, ''I am proud to be gay.''

The tech mogul also made headlines earlier this year when news broke that he was secretly bankrolling former wrestler Hulk Hogan's lawsuit against Gawker, the media company that subsequently went bankrupt.

Thiel's embrace of Trump baffled many over the summer, but critics were particularly shocked to see him double down in his support of the real estate mogul at a time when many conservatives and Republican Party leaders are disavowing the embattled presidential candidate.

After Trump was caught on a leaked tape bragging about groping women and kissing them without consent, the candidate has faced a flurry of sexual misconduct allegations from women across the US. In the wake of the revelations, many elected Republicans have announced that they are withdrawing their support.

Thiel, however, remained silent over the past week, reportedly ignoring journalists' inquiries about whether his position had changed. Then on Saturday, The New York Times reported that Thiel was living up to his ''reputation as the most contrarian soul in Silicon Valley'' and would be giving $1.25 million to Trump through a combination of Super Pac gifts and donations directly to the campaign.

The donations make Thiel one of just a few major donors to Trump, who has been widely rejected by tech leaders and wealthy conservatives. Thiel's spokesman did not immediately respond to a request for comment by The Guardian and others on Monday.

Thiel's support of Trump had already put pressure on Facebook, where he sits on the board. After the new donations were revealed, many on social media called on Y Combinator to dump Thiel, noting that the startup firm was effectively supporting someone who has backed an overtly racist, misogynistic and xenophobic campaign.

Y Combinator president Sam Altman responded with a series of tweets Sunday night, saying Trump is ''an unacceptable threat to America'' and ''unfit to be president''.

But, he added, ''YC is not going to fire someone for supporting a major party nominee.''

''While all of us believe in the ideas of free speech and open platforms, we draw a line here,'' she said. ''We agree that people shouldn't be fired for their political views, but this isn't a disagreement on tax policy, this is advocating hatred and violence.''

Pao told The Guardian that it was unclear whether other tech leaders would follow suit and end partnerships with Thiel.

''I think it's starting a conversation, but I haven't seen it really fracture Silicon Valley in any significant way.''

She added, ''The power in Silicon Valley is concentrated in the hands of very few people, and it is hard to try to go up against that.''

Some have noted that Thiel's support of Trump is not all that surprising considering the tech billionaire's openly sexist views. In 2009, he argued that capitalist politics have struggled because women can vote.

''The 1920s were the last decade in American history during which one could be genuinely optimistic about politics,'' Thiel wrote. ''Since 1920, the vast increase in welfare beneficiaries and the extension of the franchise to women – two constituencies that are notoriously tough for libertarians – have rendered the notion of 'capitalist democracy' into an oxymoron.''

Altman did not answer questions about Project Include's announcement, but sent the Guardian a statement, saying, ''We shouldn't start purging people for supporting the wrong political candidate.''

Continuing to partner with Thiel is a way to support ''diversity'', he wrote, even if it is ''painful and unpopular''. But, he added, ''If Peter said some of the things Trump says himself, he would no longer be part of Y Combinator.''