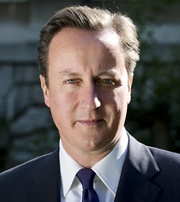 Former UK Prime Minister David Cameron, till recently seen as a world leader, is about to enter the political wilderness. Cameron has announced he will stand down as a member of Parliament for his constituency of Witney immediately, triggering a by-election.

Having served in Parliament since 2001, Cameron stepped down as Prime Minister in the aftermath of June's Brexit vote in which the UK decided to leave the European Union.

He had previously said that he was "keen to continue" in his role as a backbench MP after stepping away from Downing Street, but has since decided such a role is untenable.

"In my view, the circumstances of my resignation as Prime Minister and the realities of modern politics make it very difficult to continue on the backbenches without the risk of becoming a diversion to the important decisions that lie ahead for my successor in Downing Street and the government," he said in a statement on Monday.

"I fully support Theresa May and have every confidence that Britain will thrive under her strong leadership.

"I now look forward to a life outside of Westminster, but hope to continue to play a part in public service and to make a real and useful contribution to the country I love."

He said he had conferred with his successor before making his decision public. "I spoke to Theresa May and she was very understanding about this decision," Cameron told ITV.

"I support her. I support what she's doing. She's got off to a cracking start. Obviously I'm going to have my own views about different issues; people would know that. And that's really the point.

"As a former prime minister it is very difficult, I think, to sit as a backbencher and not be an enormous diversion and distraction from what the government is doing.

"I don't want to be that distraction. I want Witney to have an MP that can play a full role in parliamentary and political life in a way that I think I would find very difficult, if not impossible."

Years as PM
Under Cameron's leadership, the Conservatives won the 2010 general election, ending Labour's 13 years in government, although the party was forced into entering a coalition government with the Liberal Democrats.

During his time as Prime Minister, he introduced same-sex marriage in 2013 and held off the threat of Scottish independence after a referendum in 2014.

He led the party to a second consecutive election victory last year but had already declared that he had no intention of staying on for a third term in office.

In the end, Cameron's undoing was his belief that he could end the constant infighting within the Conservative Party over the UK's position in Europe.

His decision to call a referendum proved an unnecessary and costly gamble.

He attempted to use the economy to persuade voters that remaining in Europe would be best for Britain. But "Project Fear," as it was dubbed by his opponents, failed to resonate with a divided country.

"I'm sure I will be remembered for keeping that pledge to hold a referendum when many people thought that promise would never be kept," he told ITV.

"But I hope that people will look back at the 11 years I was leader of the Conservative Party and six years as Prime Minister of our country as a time when we did create a stronger economy - 1,000 people found work for every day I was prime minister - and we did make some important social reforms ... and the Conservative Party went from being in the doldrums and getting beaten to being a modernising, winning force in British politics.

"But the historians will have to work all that out. I obviously now am going to be looking at a new life, but I'm only 49 - I hope I can still contribute in terms of public service and contribute to our country."

Prime Minister Theresa May, who is now tasked with dealing with the fallout from Brexit, expressed pride in having served alongside her predecessor.

"I was proud to serve in David Cameron government  - and under his leadership we achieved great things," May wrote on her Facebook Page.

"His commitment to lead a one nation government is one that I will continue - and I thank him for everything he has done for the Conservative Party and the country. I wish him and his family well for the future."

Future role
Cameron is now focusing on that future, and while he did not elaborate on his plans, he insisted he would not shy away from campaigning on the issues he is passionate about.

"The only firm decision I've made is to leave the House of Commons and stop being an MP - as I say, with a heavy heart, because I've loved the jobs but I don't think it works for a former prime minister who resigned in my circumstances and with all the new government needs to do," he added.

"Issues for the future. I'll decide them in the future and, hopefully, as I say, continue to make some ... public service contribution to this country. I want to continue campaigning on the local, national and indeed international issues that were part of my prime ministership where I think we made some good progress. There's still a lot more to be done."