Karnataka-born Bezwada Wilson, an active campaigner for eradication of manual scavenging in India, and Carnatic singer T M Krishna from Chennai, were today chosen for the prestigious Ramon Magsaysay Award for 2016. 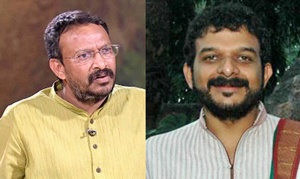 Apart from the two Indians, four others have been selected for the award - Conchita Carpio-Morales of the Philippines, Dompet Dhuafa of Indonesia, Japan Overseas Cooperation Volunteers and 'Vientiane Rescue' of Laos.

Wilson, the national convenor of the Safai Karmachari Andolan (SKA), has been named for ''asserting the inalienable right to a life of human dignity'' while Krishna was chosen for the award under the 'Emergent Leadership' category for bringing ''social inclusiveness in culture''.

''Manual scavenging is blight on humanity in India. Consigned by structural inequality to the dalits, India's 'untouchables', manual scavenging is the work of removing by hand human excrement from dry latrines and carrying on the head the baskets of excrement to designated disposal sites,'' states Wilson's citation.

''A hereditary occupation, manual scavenging involves 180,000 dalit households cleaning the 790,000 public and private dry latrines across India; 98 per cent of scavengers are meagerly paid women and girls. While the Constitution and other laws prohibit dry latrines and the employment of manual scavengers, these have not been strictly enforced since government itself is the biggest violator,'' the citation said.

50-year-old Wilson, born into a Dalit family involved in manual scavenging in Kolar Gold Fields township in Karnataka, was the first in his family to pursue a higher education.

''Treated as an outcast in school and acutely aware of his family's lot, Bezwada was filled with great anger; but he would later channel this anger to a crusade to eradicate manual scavenging,'' the citation said.

Wilson has spent 32 years on his ''crusade, leading not only with a sense of moral outrage but also with remarkable skills in mass organising, and working within India's complex legal system.''

''In electing Bezwada Wilson to receive the 2016 Ramon Magsaysay Award, the board of trustees recognises his moral energy and prodigious skill in leading a grassroots movement to eradicate the degrading servitude of manual scavenging in India, reclaiming for the dalits the human dignity that is their natural birthright,'' the citation said.

Transformation through music
The other Indian awardee, 40-year-old Krishna has been hailed in the citation as ''showing that music can indeed be a deeply transformative force in personal lives and society itself.''

Krishna, born to a privileged, Brahmin family in Chennai, was trained from the age of six in the aristocratic Carnatic music under masters of the form.

''Though he earned a degree in economics, Krishna chose to be an artist and quickly rose to become a highly-admired concert performer of Carnatic classical music,'' his citation said.

''An ancient vocal and instrumental musical system,''An ancient vocal and instrumental musical system, Carnatic music started centuries ago in temples and courts but was subsequently 'classicised' to become the almost exclusive cultural preserve of the Brahmin caste - performed, organised, and enjoyed by the elite who have access to it,'' the citation said.

''While grateful for how Carnatic music has shaped his artistry, Krishna would question the social basis of his art.

He saw that his was a caste-dominated art that fostered an unjust, hierarchic order by effectively excluding the lower classes from sharing in a vital part of India's cultural legacy,'' it said.

In the 1990s, he was president of the Youth Association for Classical Music, that took Carnatic music to the youth and the public schools.

During the period 2011-2013, Krishna brought his passion and artistry to war-ravaged northern Sri Lanka, the first Carnatic musician to tour that region in three decades, and launched two festivals to promote ''culture retrieval and revival'' in that country.

''While much of his work is still ahead of him, he is embarked on an important path. Krishna is resolved to break barriers of caste, class or creed by democratising music, cultivating thought-processes and sensibilities that unite people rather than divide them,'' the citation said.

''In electing Thodur Madabusi Krishna to receive the 2016 Ramon Magsaysay Award for Emergent Leadership, the board of trustees recognises his forceful commitment as artist and advocate to art's power to heal India's deep social divisions, breaking barriers of caste and class to unleash what music has to offer not just for some but for all,'' it said.

It celebrates the memory and leadership example of the third Philippine President after whom the award is named, and is given every year to individuals or organisations in Asia who manifest the same selfless service and transformative influence that ruled the life of the late and beloved Filipino leader.