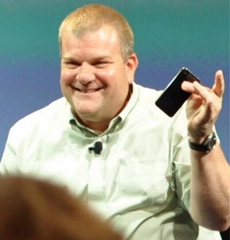 The development comes months after the revelation that company veteran Steve Zadesky, the former head of the "Apple Car" project, was leaving Apple.

According to commentators, taking control of the Apple's most ambitious project was a big change for Mansfield, who announced in June of 2012 that he planned to retire from the company.

Only a month later came the announcement that Mansfield would continue in an advisory role to chief executive Tim Cook.

For the next year, he was senior vice president of technologies, but left that role in July of 2013. Following his exit from the company's executive team, he continued to work on "special projects" under Cook.