Blair less than contrite after adverse report on Iraq war

Tony Blair, the former prime minister who led Britain into war in Iraq in 2003, launched a defence of his legacy following the publication of a highly critical report into the war with a simple message, "Please stop saying I was lying." 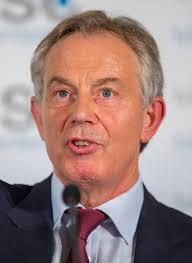 The long-awaited Chilcot report into a war which has cast a shadow over British foreign policy for more than a decade found that Blair relied on flawed intelligence and that the way the war was legally authorised was unsatisfactory.

The Iraq Inquiry, also referred to as the Chilcot Inquiry after its chairman, Sir John Chilcot, is a British public inquiry into the nation's role in the Iraq War. The inquiry was announced on 15 June 2009 by Prime Minister Gordon Brown and published by Sir John Chilcot on 6 July 2016.

It also revealed he had pledged to support the United States "whatever", eight months before the invasion.

But Blair, whose legacy as a three-times election winner for the centre-left Labour Party has been overshadowed by years of accusations that he had lied to exaggerate the intelligence case for war, said the report vindicated his "hardest, most momentous and agonising decision".

Blair faced hostile questioning from national and international media, who said his assurances to former US President George Bush had amounted to a "blank cheque for war" and that he had abandoned diplomatic channels too easily.

In response, during a 109-minute news conference, Blair was at times contrite and emotional, and at others clearly angry at the way his actions had been portrayed.

"If you disagree with me fine, but please stop saying I was lying or I had some sort of dishonest or underhand motive," he told reporters, hours after the release of the scathing report.

"'You lied about the intelligence' - that's what people say the whole time," Blair said. "Actually if people are being fair and read the whole report, that allegation should be put to rest, because it's not true and it never was true."

In a statement which was twice as long as that delivered by the chairman of the inquiry, John Chilcot, Blair sought to address the full spectrum of criticism levelled at him, saying he accepted total responsibility "without exception or excuse".

He acknowledged failing to adequately plan for the aftermath of the invasion which triggered sectarian violence and protracted British military involvement. In six years, more than 150,000 civilians and 179 British soldiers died.

But he disputed one of the report's key findings; that diplomatic options had not been exhausted at the point he decided to join the US invasion, saying he had faced a "binary" decision which could not have been delayed.

Drawing his media appearance to a close after more than an hour of questions, he said that on the basis of the information he had at the time, he would take the same decision again.

"What I've tried to do today is explain why I acted as I did. In the end, what more can I do than say to people 'this is why I took the decision I did?'"