Here are the major winners and losers from the UK's EU membership referendum as seen by AFP, after the country voted to leave the 28-member alliance today: 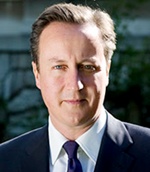 David Cameron: There was widespread agreement among experts before the referendum that the Prime Minister, who put everything on the line for a 'Remain' vote, could not survive losing.

He promised to call the vote in 2013 on the basis of reforms that he ultimately secured in February this year, and used the power of his Conservative government to warn of the economic risks of leaving the EU.

In a letter to the Prime Minister released after polls closed on Thursday, 84 leading Brexit campaigners including former London mayor Boris Johnson, tipped as a likely successor, urged Cameron to stay on.

''We believe whatever the British people decide, you have both a mandate and a duty to continue leading the nation implementing our 2015 manifesto,'' they wrote.

But this was not to be, as Cameron has announced his resignation, and many believe a leadership contest is now inevitable (See: Cameron quits as PM; Scotland, Ireland in turmoil). 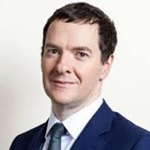 George Osborne: A political and personal ally of Cameron, Chancellor of the Exchequer George Osborne stood by his side during the campaign and fronted many of the warnings of the economic risks of a Brexit.

Although long tipped as a future Conservative leader, his fervent support for 'Remain', including calling his rivals ''economically illiterate'' for backing the 'Leave' campaign, has lost him many friends in the party.

The Daily Telegraph dubbed him the ''kamikaze chancellor'' after he warned in the final days that a 'Leave' vote would force him to rip up his current budgetary plans, slash funding to schools and hospitals and raise taxes. 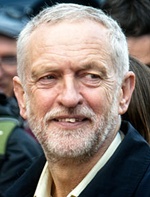 Jeremy Corbyn: The socialist leader of the main opposition Labour Party was criticised for his lukewarm support for the 'Remain' campaign and he is likely to be blamed for the decision by swathes of Labour voters to back a Brexit. 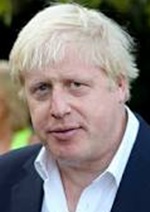 Boris Johnson: The former London mayor was a key figurehead in the official campaign for Britain to leave the EU, urging Britain to ''take back control'' from Brussels.

His charisma and unorthodox approach to politics won over many voters, and ensured he was always in the headlines - not always for the right reasons.

The Conservative lawmaker was widely criticised for claiming that the EU was behaving like Hitler in trying to create a superstate.

But he has long been the bookmakers' favourite to replace Cameron. Critics accused him of having his eye on Downing Street more than getting Britain out of the EU. 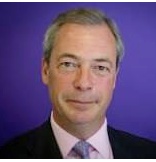 Nigel Farage: The vote to leave the European Union is a culmination of 25 years of campaigning for the leader of the far-right UK Independence Party (UKIP).

A surge in support for Farage's anti-immigration, anti-establishment party helped force Cameron into calling the referendum three years ago.

But the Member of European Parliament was widely condemned by fellow members of the Brexit camp for his relentless focus on how leaving the EU would help cut levels of immigration to Britain.

Some commentators linked a UKIP poster of refugees queuing to get into Europe under the headline ''Breaking Point'' to the murder of pro-EU Labour lawmaker Jo Cox last week (British Labour MP shot dead ahead of Brexit referendum). 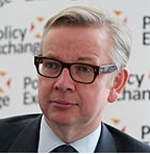 Michael Gove: The justice minister and hitherto Cameron loyalist was the most high-profile Conservative cabinet minister to break ranks with the prime minister.

He said the Prime Minister made a ''depressing'' case for staying in, although he managed better than many of his colleagues in holding off in personal attacks on Cameron.

Too early to tell 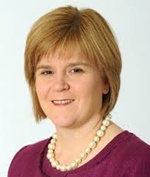 Nicola Sturgeon: Scotland's First Minister and leader of the secessionist Scottish National Party (SNP), Nicola Sturgeon had strongly backed a vote to remain in the EU.

She had threatened to call a second referendum on Scottish independence if - as happened on Thursday - the rest of Britain votes out but Scotland votes in.