Days after RBI governor Raghuram Rajan decided against a second term, another UPA government appointee at the country's top insurer, Life Insurance Corporation (LIC) of India, has decided to step down abruptly. 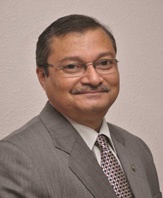 Although the exact reasons for Roy's decision to quit is not known, reports say Roy had expressed his desire to quit before this year's budget.

Roy, who took charge as chairman in June 2013, however, cited personal reasons for his premature exit from the country's biggest public sector financial institution.

Reports quoting LIC sources said, Roy has officially tendered his resignation and the finance ministry will send it to the Appointments Committee of the Cabinet for acceptance. He had made similar request some months ago but the finance ministry asked him to reconsider that, reports pointed out.

After getting approval from ACC, the finance ministry will begin search for his successor, reports added.

Roy has been with LIC since 1981. He assumed charge as managing director of LIC on 31 May 2013. Prior to his elevation, he was head of the international operations division.

Meanwhile, according to an Economic Times report quoting a senior finance ministry official, Roy wanted to quit before this year's budget.