Former Zurich Insurance chief executive Martin Senn has committed suicide, the company said today. Senn is the second top executive at the group to take his own life in less than three years. 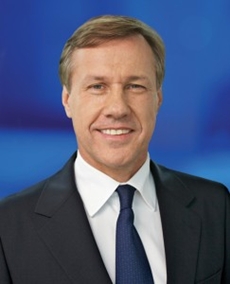 "Martin Senn's family has informed us that Martin committed suicide last Friday," Switzerland's biggest insurer said, adding in a statement it was "stunned and deeply shaken" by his sudden death.

"With Martin, we lose not only a commendable former CEO and valued former colleague, but also a good-hearted friend. Our thoughts are with his family, to whom we express our deepest condolences.

"Out of respect for Martin and out of consideration for the family, we will not make any further comment."

According to Swiss newspaper Blick, Senn, who was born in 1957, had shot himself at the family's Alpine resort home in Klosters. Police in the canton of Grisons confirmed of having responded to such a case but did not provide any more details.

Senn quit on 1 December after a failed takeover bid for the UK's RSA.

Senn is the second top Zurich executive and third leader of a Swiss company to commit suicide in three years.

In August 2013, 53-year-old Zurich finance chief Pierre Wauthier took his own life leaving a a suicide note addressed "To whom it may concern" in which he described becoming demoralised by what he called a new, more aggressive tone at Zurich under then-chairman Josef Ackermann.

Ackermann, resigned only days after the Wauthier's death amid speculation that the two had fallen out over the group's accounts.

Ackermann said he had decided to resign as he had reason to believe that Wauthier's family felt he should take a share of the responsibility. He said, however that any allegations were unfounded.

Two independent probes later concluded that  Wauthier, a 53-year-old French and British citizen who had served as CFO since 2011, had not faced any "undue or inappropriate pressure", and that "the financial figures were confirmed as appropriate", according to the insurer.