A former Central Intelligence Agency agent has confirmed that the US spy agency was behind the arrest of Nelson Mandela that sent him to jail for 27 long years. 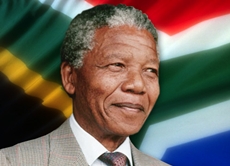 Two weeks before an "unrepentant" 88-year-old Donald Rickard died, the CIA spy confessed to filmmaker John Irvin that his tip led to Mandela's arrest, according to a reports in the Sunday Times and other media.

Rickard defended the arrest of South Africa's most wanted man in 1962, saying it was necessary to capture "the world's most dangerous Communist outside of the Soviet Union".

Rickard, who was officially working as US vice consul in the South African city of Durban then, said he learned Mandela was on his way to Natal, travelling between Johannesburg and Durban.

"I found out when and how he was coming ... that's where I was involved and that's where Mandela was caught," said Rickard, according to France24.

The former spy, however, did not explain how he received the information, but said he believed Mandela was "completely under the control of the Soviet Union, a toy of the Communists" and about "to incite" the people of Natal into a mass rebellion against the apartheid regime.

"Natal was a cauldron at the time," said Rickard, "and Mandela would have welcomed a war. If the Soviets had come in force, the US would have had to get involved, and things could have gone to hell.

The arrest led to Mandela spending almost 28 years in prison before becoming South Africa's first post-apartheid president in 1994, and one of the most revered human rights activists in history.

Filmmaker Irvin is recreating Mandela's final months leading up to the arrest in the biopic "Mandela's Gun". He plans on previewing his production during this week's Cannes festival.