Sean Parker bid to bring cancer research under one umbrella

Billionaire Sean Parker, famous for his founding roles at Napster and Facebook, is backing an unconventional $250-million effort to tackle cancer that involves persuading hundreds of the country's top scientists - who often are in competition with each other - to join forces and unify their research targets. 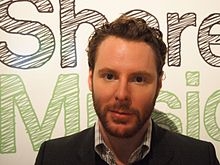 The consortium, which will be formally announced today, focuses on immunotherapy, a relatively new area of research that seeks to mobilize the body's own defence systems to fight mutant cancer cells. Many believe it represents the future of cancer therapy.

''Cancer immunotherapy is such an incredibly complex field, and for every answer it seems to pose 10 more questions. I'm an entrepreneur so I wish some of these questions had been answered yesterday,'' Parker said.

He describes the effort as a way to remove obstacles related to bureaucracy and personality, which will allow scientists to borrow from each other's labs unencumbered. The researchers will continue to be based at their home institutions but will receive additional funding and access to other resources, including specialised data, scientists and genetic engineering equipment set to become part of the non-profit Parker Institute for Cancer Immunotherapy in San Francisco.

A centralised scientific steering committee comprised of one member from each participating university will set the group's research agenda and coordinate data collection and clinical trials across the many sites.

In designing this new model, the 36-year-old Parker has taken a page from his experience as an entrepreneur by thinking beyond early research to actual therapies that he believes could eventually benefit millions of people in the United States and abroad.

One-stop shop
One of his central innovations - and the one that initially made some university partners uncomfortable - is that the institute will take the lead in licensing and negotiating with industry to bring any therapies to market. The researchers and academic centres will still continue to own the intellectual property.

''This allows us to run a much more competitive negotiation with industry. We would become a kind of one-stop shop for the technology,'' he said.

The new institute will be led by Jeff Bluestone, the respected former University of California, San Francisco, provost and immunologist who is one of 28 members of a blue-ribbon experts' panel recently named by vice president Biden to advise the government's $1 billion ''moonshot'' initiative to cure cancer.

Bluestone thinks collaboration changes the ambitions of everyone in the field. "Having lived in a world of individualised, solo research, I can see that the thinking is different," he said. "It's about how we can all do something bigger and better together."

Other scientists involved include immunotherapy pioneers Carl June at the University of Pennsylvania and James Allison at MD Anderson, who was awarded the prestigious Lasker Prize in 2015 for his discovery of a drug that uses the body's T cells to destroy cancer.

''I have no doubt the team science approach will accelerate the work,'' June said.

The effort also includes partnerships with several patient advocacy groups as well as 30 private companies, from established giants like Merck and Genentech to start-ups like Silicon Valley's Grail. The latter, only a few months old, is working to create tests that can detect cancer at its earliest stages.

Parker's gift is part of a revolution in the life sciences led by tech visionaries like Paul Allen, Peter Thiel, Mark Zuckerberg and Sergey Brin, who are using their considerable wealth to back approaches that go against established norms. Several have publicly expressed their disdain for the system that currently supports scientific discovery and have established parallel research tracks in some areas more in line with their ideas about innovation.

The last time a private group launched anything this ambitious for a specific disease was when Microsoft co-founder Bill Gates and his wife Melinda decided to tackle malaria.

While the Gates Foundation has received much praise for saving lives through its work, philanthropy on this scale isn't without critics. Researchers worry about the pitfalls of ''group-think'', and several years ago the World Health Organization's head of malaria research accused the foundation of being a ''cartel'' that suppressed the diversity of scientific opinion.

Parker said that while he recognizes these concerns, the consortium is set up to give researchers the freedom of innovation in concert with collaboration. He said he sought wide input while developing the framework and met several times with Biden as well as Francis Collins, director of the National Institutes of Health. NIH funds the bulk of biomedical science research in the country.

''Sean is a force to reckon with,'' said Collins, who sees the new effort as complementary to NIH's approach. ''But even Sean would tell you this is just part of the solution.''

'A hackable problem'
Parker explained in an interview that he first began thinking about immunotherapy in cancer more than seven years ago, when it was still considered somewhat of a fringe science.

Finding an immunotherapy treatment for cancer should be what he calls a ''hackable problem'', he decided as he began travelling around the country informally meeting with leading scientists to throw around ideas about how he could help.

Yet it wasn't until about three years ago that the current project began to take shape following the death of acclaimed film producer Laura Ziskin, a friend who died of breast cancer. ''She had this incredible tenacity in terms of the problem,'' he recalled, ''and became an important person in my life in terms of my thinking.''

Immunotherapy is now considered among the most exciting areas of cancer research, with a growing number of cases of patients all but cured by the ''miracle cells'' being used as experimental drugs.

An estimated 1,500 treatments are currently in development, but getting into a clinical trial can be brutally selective and the drugs themselves can run upwards of $100,000. Moreover, even the drugs that work appear to only do so on a select group of patients. With other patients with the same condition, they are ineffective or prove so toxic that they end up making patients worse - and scientists have not been able to figure out why.

Given the nearly 1.7 million Americans diagnosed with cancer each year, plus the 600,000 who die of the disease, Parker said it's time to accelerate research to find the answers. Unlike some philanthropists who do the legwork to set up research institutes in their name only to step back and let others run them, Parker said he would continue to play a central role in his new endeavour