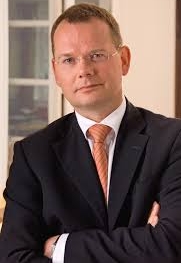 As CEO of Infosys' consulting business arm, Pesch will be responsible for the firm's consulting practice in Europe, Latin America and the Asia Pacific Region and will report to Sanjay Purohit, global head of Infosys Consulting.

Pesch will focus on expanding the reach of Infosys consultants and experts in digital transformation and design-led innovation, as well as increasing Infosys' expertise in large-scale SAP programmes, a release from Infosys said. He will also serve as the regional head for the DACH countries, bringing an integrated approach to IT transformation to every client engagement in the region.

Infosys Consulting leads the Infosys Aikido service offerings, including working with clients to leverage the knowledge and knowhow of long lived systems (Ki); bring new, open platforms to bear that drive automation and innovation (Ai); and to help them find the most important problems to solve (Do). Infosys consultants have conducted more than 150 design thinking workshops and are actively engaged with more than 50 leading global companies in defining and implementing transformation programs leveraging Aikido.

Pesch brings with him more than two decades of experience in global consulting and management roles and till very recently served as CEO of Arvato Systems Group.

''Over the last several months, we have reinvigorated our global consulting business, strengthening our team and capabilities. We are working with global corporations in more than 20 countries,'' Purohit said.