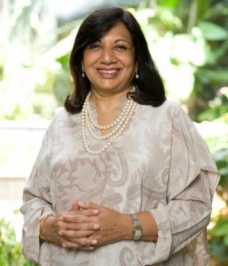 Investment in science and technology in India continues to be sub-optimal, Biocon chairperson Kiran Mazumdar Shaw said on Tuesday.

"Amongst all the countries who invest in science and technology, we are at a sub-optimal level," said Shaw at the Bangalore India Bio.

She requested the government to increase science and technology investments as it is the future of India.

According to the Biocon chairperson, India needs to invest $5 billion in biotechnology to achieve the target of growing the sector to $100 billion by 2025.

"Today biotechnology is a $11 billion sector, growing at a compounded annual growth rate of 20 per cent. We also are aspiring to be a $100 billion sector by 2025," she said.

Addressing the 16th edition of Bangalore India Bio, union science and technology minister Harsh Vardhan said, "A lot has been achieved in this field in the last 30 years. Bangalore is not only the hub of bio-tech, it is also the destination of all scientists in India. It is the science hub for India."

He said the government has allotted Rs10,000 to support entrepreneurs and startups in biotechnology.

Scheduled from 9-11 February, Bangalore India Bio will cover a spectrum of activities which include an international trade show, keynote talks and multi-track conferences among others.

As many as 25 sessions featuring 110 speakers will deliberate on topics like making tomorrow's medicine, oncology and precision medicine, rare diseases and orphan drugs, agribiotechnology, synthetic bio-fuels and others.