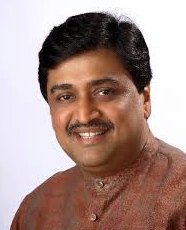 Reports said a two-member CBI team had approached Rao and the governor in turn had approached the current chief minister Devendra Fadnavis for an opinion from the state cabinet of ministers.

The cabinet is reported to have unanimously agreed to allow the governor to grant permission to prosecute the Congress party member.

Senior BJP member Kirit Somaiya had, in March 2015, asked the governor, Maharashtra CM, and CBI director to conduct a CBI probe since Ashok Chavan's name was not dropped from the list of people named in the Adarsh scam.

The CBI had registered an FIR against Chavan and 13 others in the Adarsh scam but could not proceed with prosecution as the then governor K Sankaranarayanan had refused permission.

Although Chavan's lawyers had approached the Bombay HIgh Court to remove Chavan's name from the list of accused, the court had rejected the plea saying that there wasn't enough evidence to prosecute him.

The CBI, however, wants to initiate criminal proceedings against Chavan after fresh evidences against him in the Adarsh society scam.

Chavan is accused of approving additional floor space index for Adersh society in return for two flats for his relatives. Also, 40 per cent of the flats in the society were illegally allotted to civilians, although it was meant for Kargil war widows and defence personnel.