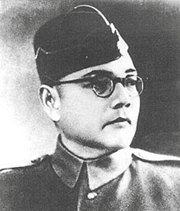 On the occasion of 119th the birth anniversary of Netaji Subhash Chandra Bose, Prime Minister Narendra Modi will release digital copies of 100 files relating to Netaji in the public domain, thereby meeting the long-standing public demand for access to these files.

These files, being placed in the public domain after preliminary conservation treatment and digitisation, will also facilitate further research on Netaji's struggle for India's freedom.

The National Archives of India further plans to release digital copies of 25 declassified files on Netaji in public domain every month.

Prime Minister Narendra Modi, at a meeting with a delegation of members of Netaji's family at his residence in New Delhi on 14 October 2015, had announced that the government of India would declassify the files relating to Netaji Subhas Chandra Bose and make them accessible to the public.

Accordingly, the prime minister's office had declassified the first lot of 33 files and handed them over to the National Archives of India on 4 December 2015.

Subsequently, the ministries of home affairs, and external affairs too initiated the process of declassification of files relating to Netaji Subhas Chandra Bose in their respective collection, which were then transferred to the National Archives of India. A few more files were also transferred from the PMO.

"Furthermore, in May 2015, the ministry of home affairs had sent all the Netaji files to National Archives in 2012. In 2008, the government had said the PMO had 33 classified and 11 unclassified files on Netaji.

While family members of Subhas Chandra Bose and activists are divided on the expectations from the classified files that the prime minister will release today, the general view is that it will not significantly change the narrative on Bose unless they include intelligence files.

While the Bose family believes the files will conclusively prove the air crash theory was concocted, there are doubts if they will contain anything that throws new light on the mystery surrounding his disappearance seven decades ago. But there is near unanimity that it would expose the Congress party's repeated attempts to suppress facts.