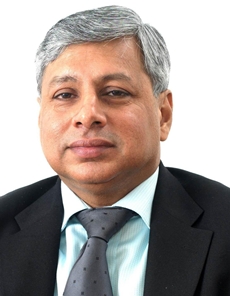 Pisharody is the executive director (commercial vehicles) at Tata Motors.

Pisharody was unanimously elected for the post by the SIAM executive committee, the association said in a statement.

''I look forward to my new role as the vice-president. I understand that the role would be challenging and I would like to pitch in with my contributions and help strengthen the team further so that we can move towards our common goals," Pisharody said.

He holds a Bachelor's of Technology in Electronics Engineering from from IIT Kharagpur and Post Graduate Diploma in Management from the Indian Institute of Management, Calcutta.

Pisharody is a senior management professional, with over 30 years of executive experience and has held national, regional and global leadership roles in sales, marketing, business management and strategy development.