Tata Motors has appointed Guenter Butschek as chief executive officer and managing director, who will lead all operations of Tata Motors in India and in international markets, including South Korea, Thailand, Indonesia and South Africa. 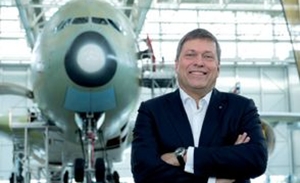 Jaguar Land Rover would continue to be managed by its chief executive officer and director, Ralf Speth, who is also on the board of Tata Motors.

Butschek is expected to join the company by 15 February 2016. His appointment comes two years after the death of former expatriate MD  Karl Slym.

Butschek joins Tata Motors after his last assignment at Airbus Group where he served as chief operating officer at Airbus and member of the group executive committee. Prior to his Airbus stint, Butschek worked at Daimler AG for more than 25 years in international automotive management, leading functions like production, industrialisation and procurement. He last held the role of president and chief executive officer of Beijing Benz Automotive Co Ltd, a joint venture between Daimler AG and Beijing Automotive Industrial Holding in Beijing, China.

Butschek, 55, graduated in business administration and economics with a diploma from the University of Cooperative Education Stuttgart, Germany. He brings broad functional and general management skills, and wide international experience to his new role at Tata Motors.

''Tata Motors is going through an exciting yet challenging phase and Butschek's appointment comes at an opportune moment. He brings with him rich global experience of growing organizations and developing new markets. I am confident that Butschek's ability to lead high performing teams will enable our company to achieve sustainable, profitable growth,'' Cyrus P Mistry, chairman, Tata Motors, said.

The post of managing director at Tata Motors has been lying vacant since the death of Karl Slym on 26 January 2014 after falling from a hotel building in Bangkok. Later, Thai Police had said he had committed suicide.

Tata Motors Limited is India's largest automobile company, with consolidated revenues of Rs2,62,796 crore ($42.04 billion) in 2014-15, including those of its subsidiaries and associate companies.