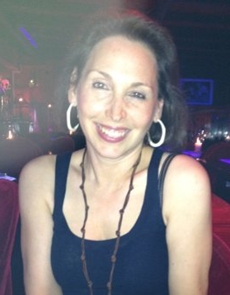 Savitt will join film and television studio STX Entertainment in October as president of its digital business, STX said.

Yahoo plans a major shakeup in its media unit and Savitt's job has been internally discussed for some time, technology website Re/code said, citing sources.

''We appreciate her contributions to Yahoo over the past three years and wish her well,'' a Yahoo spokesperson said in an email. ''While we don't have specific details to share at this time, we have strong leaders in both Yahoo's media and marketing organizations who will continue to drive the business forward.''

Savitt had been a big deal for Yahoo, according to commentators and her departure suggested a shift in the company's media strategy was coming. The past few years had seen Yahoo under Savitt make a huge push to expand its news and content offerings to emerge as a media destination.

However unlike the new media outlets like BuzzFeed, Business Insider, and others, Yahoo had focused on, traditional media, poaching talent from legacy publications like The New York Times, Time, and ABC.

The company, had, earlier this year, tapped Martha Nelson, a veteran editor from Time Inc, to take up position of global editor-in-chief.

According to commentators, Savitt's departure might be seen as an indication that the company might be looking to go a different direction as its advertising business continued to stumble. Yahoo's calculations seemed to have gone awry as the future of media did not look much like its past.