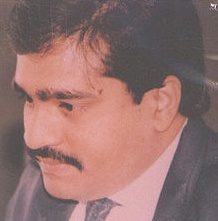 Pakistan has for over two decades been denying what India has always been convinced about - that gangster Dawood Ibrahim, the mastermind behind the 26/11 Mumbai terror attacks and India's most wanted criminal, is living comfortably in that country.

Now for the first time in recent memory a Pakistani writer, Arif Jamal, has said that he met the underworld don at his palatial bungalow in the Defence Housing Area of Karachi.

Jamal is a US-based author who worked in Pakistan as a journalist for more than 20 years. He's an expert on global jihad and is the author of the authoritative book Call for Transnational Jihad: Lashkar-e-Taiba.

Jamal started his career in 1986 and has worked with The Pakistan Times, The Muslim, The News, Newsline and Financial Post. He's also been a contributor to the New York Times and was a Visiting Fellow at the Centre on International Cooperation of New York University.

On Tuesday morning Jamal spoke to the India Today Group from his residence in Virginia in the United States. He revealed that he had met Dawood Ibrahim "out of curiosity" twice in 2007 through mutual acquaintances.

He said that Dawood seemed happy when he met him and did not seem in the least bit anxious about being on the list of globally wanted terrorists. "Dawood was keen on clarifying that the charges levelled against him were untrue and that his interests lay in business," he said.

Dawood goes by his real name in Karachi and is known around town as one of the Pakistan's biggest real estate tycoons. Arif told India Today, "Dawood Ibrahim lived a very free life in Karachi. It was quite easy to track him in the city. I set up an appointment through a common friend and said I wanted to interview him. Dawood met me on the promise that I would not write about our meeting. I was invited to his house. A lot of people in Karachi know Dawood personally."

Arif said people couldn't enter Dawood's apartment without a prior appointment and that all meetings were routed through personnel of the Pakistani intelligence agency ISI. "Dawood's house was heavily guarded...It would not be possible for Dawood or his gang to survive in Pakistan if the Pakistani army did not support him."

When asked about whether Dawood resembled the image that had been released recently by the Indian government, Arif said, "As far as I could tell he has not had any facial surgery. I am not an expert but to my naked eye he resembled the images we had seen. He just looked a bit old and worn out."

When asked about how Dawood had been able to survive for so long in Pakistan despite the mounting global pressure, Arif said, "It's very simple. Pakistan's support to Dawood and his group is part of the country's strategy to bleed India by a thousand cuts and Pakistan supports whoever is ready to act against India state."

Jamal added, "I am sure military personnel were aware of Dawood's meeting with me. Nobody could have met him without the army's nod."

Pakistan has dismissed all dossiers submitted by India about Dawood's whereabouts and seeking his extradition, creating a festering thorn in bilateral relationships.