More reports on: IT news, Google

Google has so far been the fastest and most accurate search engines in the world, and the most preferred one with its global spread and the best of algorithms incorporated into it, but this could change. 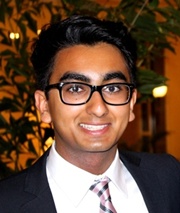 Tukrel built the search engine as part of his 10th standard submission and improved on it for submission into Google Science Fair, a global online competition that is open to students aged 13 to 18 years.

Tukrel, who just completed his tenth grade, said he took a couple of months to design it, and about 60 hours to code the engine.

"I thought I would do something in the personalised search space. It was the most genius thing ever. But when I realised Google already does it, I tried taking it to the next level," said Tukrel, who was in India for a two-week internship programme at Bengaluru-based adtech firm IceCream Labs.

Tukrel uses a computer with at least 1 gigabyte of free storage space, a python-language development environment, a spreadsheet program and access to Google and New York Times.

To test the accuracy of each search engine, he limited his search query to this year's news articles from The New York Times. He created several fictitious users with different interests and corresponding web histories. Tukrel then fed this information to both Google and his interest-based search engine. Finally, the results from each search engine were compared.

Tukrel claims his algorithm solves the other side of the equation: It understands what a user would like before it serves up the results by dwelling deep into the content of the text, understanding the underlying meaning, before matching it to a user's personality, and throwing up the result.

"For someone to look at a successful Google product and attempt to go one level up, it's astonishing," said Sanjay Ramakrishnan, cofounder of Ice-Cream Labs, and former marketing manager of Myntra. Tukrel, the student of Holy Trinity School in Toronto, said he learnt to code in his third grade, and subsequently picked up on mathematics and coding.

"My computer teacher was pretty impressed with the project. I skipped a year in computer science, so they knew I was good, but may be not so good," said Tukrel, who has put up a link to the test cases online on http://bit.ly/1FYRNxl for anyone to view.

Tukrel submitted his paper to the International High School Journal of Science last month, and hopes to study computer science at Stanford University. But before that, he wants to develop a news aggregator based on this technology, and licence it to a few digital marketing agencies as well.

"To be honest, it's incredibly stupid to drop out," said Tukrel. "It's very arrogant to think that your idea is so good, that you don't need to learn anything."

Anmol Tukrel is the founder-CEO, forward thinker and coder, while Stanley Balakai ( a musical connoisseur, adventurer and sports lover), is the CMO.