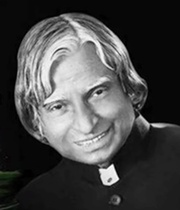 The centre has announced a seven-day state mourning in honour of late former President APJ Abdul Kalam, though there will be no holiday as per his wish.

"Don't declare a holiday on my death. Instead work an extra day if you love me," Dr Kalam is said to have once tweeted.

"As a mark of respect to the departed dignitary, seven days of state mourning will be observed throughout India from July 27, 2015 to August 2, 2015, both days inclusive," an official statement said.

However, all central government offices will remain open and no holiday has been declared.

During the period of state mourning, the national flag will fly at half-mast on all buildings throughout the country where it is flown regularly and there will be no official entertainment.

Both houses of Parliament today paid respects before being adjourned till Thursday morning.

The defence ministry will ensure the funeral takes place according to protocol, said Rajiv Pratap Rudy, minister of state (independent charge) for skill development and entrepreneurship.

Speaking outside Parliament, Rudy said BJP leaders like Amit Shah and defence minister Manohar Parrikar will take the responsibility of ensuring that the funeral of APJ Abdul Kalam is carried out according to protocol.

The flight carrying Kalam's body is expected to arrive in Delhi at around half past noon.

The body will lie in state at his Delhi home at 10 Rajaji Marg. While VIPs and MPs will pay homage from 1.30 pm to 10 pm, the public at large can pay homage from 3 pm onwards.

He said that after the public pays homage to Kalam, his mortal remains will be sent to Rameswaram, as per the wishes of his family. However, he did not specify the time.

The last rites will however be performed in Kalam's home town of Rameswaram in Tamil Nadu.