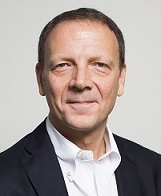 Colella succeeds Chris Houghton who will assume the role as Head of Region North East Asia, the company said in a statement.

"Colella takes charge from Houghton at a time when Ericsson in India is well poised for growth and team in India is fully geared to leverage the new market opportunities and contribute to the growth of the Indian telecom sector," said President and CEO Hans Vestberg.

"Chris has successfully managed Ericsson's operations in India during his two year stint in the country and enabled the India operations to grow into the largest employee base for Ericsson in the world," he added.

Paolo Colella has been responsible for Ericsson's consulting and systems integration practice globally for around six years. Prior to this role, he worked as Executive VP Sales and Marketing at Ericsson United Kingdom (UK), responsible for managing both telco and non-telco customers in UK.

He had joined Ericsson in 2001 as vice president, global services at Ericsson Italia and since then has held different positions within Sales and Marketing, Services and Key account management.