US presidential hopeful Hillary Clinton has named a prominent Indian-origin American civil rights lawyer to lead a team of senior policy advisers who will mould her campaign, at least for the Democratic Party nomination – which she should have little difficulty in winning. 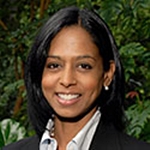 Maya Harris, 46, a former senior fellow at the Center for American Progress (CAP), will lead the team that will include Ann O'Leary, a former legislative director to Clinton when she was in the Senate, and Jake Sullivan, a top aide to Clinton while she was Secretary of State under President Obama.

The announcement of the team has set the stage for a series of policy roll-outs that campaign officials hope to begin late next month after her early phase of road trips to meet voters.

The team being gathered by Clinton is heavy on expertise in foreign policy, children and families, and global human rights.

Harris has a background in human rights, having served as vice president of Democracy, Rights and Justice at the Ford Foundation, where she led a team that promoted effective governance, democracy and human rights around the world, reports say.

She is the younger sister of Kamala Harris, the Attorney General of California.

The three policy leaders will be the official top wonks, but they aren't the only Clinton advisers with policy backgrounds.

John Podesta, the campaign chairman, headed President Barack Obama's executive action agenda until earlier this year and was the founder of the Center for American Progress.

Clinton also is likely to continue to get informal advice from CAP president Neera Tanden, a long-time adviser.