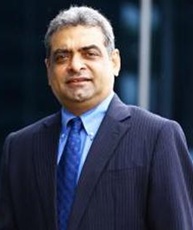 The board of IT services and solutions company HCL Infosystems has appointed S Premkumar, executive vice chairman of HCL Infosystems, as the new managing director of the company, effective 1 January 2015.

The board also accepted the resignation of Harsh Chitale with effect from 31 December 2014 after he decided to relinquish his role as the managing director and CEO of the company and take a role outside the company.

''The board has accepted Harsh's resignation with regret. I truly appreciate the leadership that Harsh had provided to the company in the last four years. Harsh has been instrumental in admirably leading the company through difficult times and I on behalf of all HCLites would like to thank him and wish him all the best for his future endeavors,'' Nikhil Sinha, non-executive chairman of HCL Infosystems Ltd, said.

''I would also like to congratulate Prem on his new role and I am very confident that given his strong abilities he will succeed in taking the company to greater heights'', Nikhil added.

''I have really liked the challenge for the last four years in leading HCL Infosystems through a difficult business environment. It has been a privilege to lead the company through its restructuring and transformation journey where business model changes were completed. I wish Prem the very best in taking the company forward on its onward growth journey,'' Harsh Chitale said.

''I would like to thank Harsh for commendably leading the company over the last few years. We will certainly miss his stewardship. Over the last few years, the organization has been in a state of continuous change. In these truly difficult times, not helped further by the changing dynamics of our Industry and tough market conditions,  Harsh has lead the company  with strength and resolve that has come from his phenomenal intellect and passion. I would also like to wish him the very best for his future endeavors,'' Premkumar, said.

Premkumar, who joined HCL Infosystems as a management trainee three decades ago, said he was excited to work with the HCL team in the next phase of growth and transformation in HCL Infosystems.

Earlier, in September 2014, HCL Infosystems had appointed Premkumar as the executive vice chairman of the company. Prior to returning to HCL, Premkumar was the group CEO of Apollo Hospitals Enterprise Ltd, where he worked closely with the board on the group's transformation initiatives, including its go-to-market strategy, customer experience, strategic partnerships and globalisation.

Prior to Apollo Hospitals, he had held important leadership positions at HCL where he was one of the key business leaders of the group. During his long association of more than 25 years at HCL he held leadership positions in HCL Limited, HCL Frontline and HCL Technologies.

Premkumar headed the company's financial services and healthcare verticals, which have over $1 billion dollars in revenue, along with corporate alliances, partnerships and global expansion.

Premkumar is a much sought after speaker in industry circles and has been actively involved with the World Economic Forum, where he was part of the Global Council on Talent Mobility and Diversity.