Google Inc's Andy Rubin, who oversaw development of the Android software used in over 70 per cent of the world's smartphones, is leaving the technology giant, Bloomberg reported. 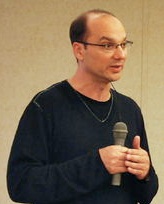 Rubin, 51, plans to form an incubator focused on hardware technology, according to Google.  After stepping down from position running Android in March 2013, he had been working on robotics.

According to the company, James Kuffner, a research scientist would not head the robotics initiative. ''I want to wish Andy all the best with what's next,'' chief executive officer (CEO) Larry Page wrote in an e-mailed statement. ''With Android he created something truly remarkable.''

Google bought Rubin's start up Android Inc in  2005, following which he was instrumental in turning Android into a major competitor against Apple Inc's iPhones. The internet search company has seven several high-profile departures this year, including Vic Gundotra, who led the company's social-networking efforts, and Nikesh Arora, who had been chief business officer.

According to Greg Sterling, vice president of strategy and insights at Local Search Association, a trade group, Android had obviously been huge for Google. Rubin himself was no longer as important to Google, and so while his departure might be seen by some as a loss, it was not truly one at this point.

Last year, in a move that brought the firm's mobile software, applications and Chrome browser under one roof, Rubin was replaced by Google's browser and applications chief Sundar Pichai as head of the Android division, Reuters reported.

Android, the open-sourced software platform Rubin built is now used by most of the world's largest handset manufacturers, from Samsung Electronics Co Ltd to HTC Corp.