This year's Nobel Prize in Economics has been awarded to French economist Jean Tirole for his microeconomic research investigating how large firms should be regulated in order to prevent consumers being damaged by their monopolistic (or rather oligopolistic) behaviour. 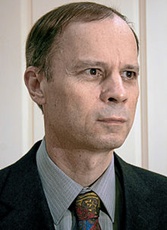 This year's Sveriges Riksbank Prize in Economic Sciences in memory of Alfred Nobel goes to a single receipient, Jean Tirole of Toulouse University in France, after last year's three-way split.

The prize carries a cash amount of SEK 8 million ($1.12 million) and a citation.

''Jean Tirole is one of the most influential economists of our time. He has made important theoretical research contributions in a number of areas, but most of all he has clarified how to understand and regulate industries with a few powerful firms,'' the Royal Swedish Academy of Sciences notes on its web site.

''Many industries are dominated by a small number of large firms or a single monopoly. Left unregulated, such markets often produce socially undesirable results - prices higher than those motivated by costs, or unproductive firms that survive by blocking the entry of new and more productive ones.

''From the mid-1980s and onwards, Jean Tirole has breathed new life into research on such market failures. His analysis of firms with market power provides a unified theory with a strong bearing on central policy questions: how should the government deal with mergers or cartels, and how should it regulate monopolies?''

Against the earlier practice of generalising the behaviour of industries and prescribing policy rules like capping prices and prohibiting cooperation between competitors, Tirole showed theoretically that such rules may work well in certain conditions, but do more harm than good in others.

Price caps can provide dominant firms with strong motives to reduce costs - a good thing for society - but may also permit excessive profits - a bad thing for society. Cooperation on price setting within a market is usually harmful, but cooperation regarding patent pools can benefit everyone. The merger of a firm and its supplier may encourage innovation, but may also distort competition.

''The best regulation or competition policy should therefore be carefully adapted to every industry's specific conditions.''

In a series of articles and books, Tirole has presented a general framework for designing such policies and applied it to a number of industries, ranging from telecommunications to banking.

Governments can draw on these new insights to better encourage powerful firms to become more productive and, at the same time, prevent them from harming competitors and customers.

Tirole's research has direct relevance to current policy issues. Most notably, his ideas of how to regulate industries dominated by a single large firm are helping to produce strategies for how to prevent Google from using its vast market share in the internet-search business to behave as a monopoly.

Tirole's theories can also help us understand the impact on markets of disruptive forces such as Uber, a taxi app that matches customers and drivers.

Some of his works include: