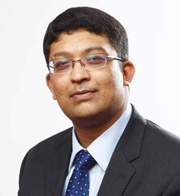 Swaminathan joined IP in 2012, as managing director and CEO of International APPM Limited (IP-APPM).  He became an International Paper vice president in 2013. Swaminathan also is chairman of the IP India Foundation. He serves as a member of the advisory board of the World Wildlife Fund (WWF) and is an independent director of EREOI Power Systems, a renewable energy technology company.

Prior to joining the company, Swaminathan held a number of management positions with Cummins Inc. He holds a degree in commerce from St. Joseph's Commerce College, Bangalore University, and a post-graduate diploma in industrial management from the TA Pai Management Institute, Manipal.

Swaminathan will continue to be based in Hyderabad, India.