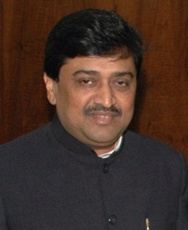 Former Maharashtra Chief Minister Ashok Chavan of the Congress may be disqualified as MP as the Election Commission said on Sunday it has found him guilty of fudging his poll expenses during state elections in 2009.

The poll panel ruled that Chavan failed to file his election expenses in the manner required by law.

The Election Commission passed the order in response to a complaint filed by former Maharashtra minister Madhavrao Kinhalkar, who Chavan defeated from Nanded in 2009, and by the Bharatiya Janata Party.

The complainants said Chavan had not included the expenditure for 25 advertisements in Marathi newspapers in his accounts.

The Congress leader tried his best to stop the Election Commission from probing this case by first approaching the Delhi High Court and then the Supreme Court, but failed.

The Election Commission in its 104-page order said, "The commission is of the considered view that respondent (Ashok Chavan) cannot validly claim ignorance about the publication of the above-mentioned 25 advertisements in which his name, the name of his constituency and also his photograph prominently appeared."

The commission also issued a notice to Chavan and asked him to explain why he should not be disqualified. The panel asked Chavan to reply to the notice within 20 days.

The commission also cautioned the media and asked it to be more responsible.

"The minimum that is expected of ethical journalism is that the reader is cautioned by suitable disclaimers while such articles are published so that the unwary reader can make suitable allowance in his mind while forming his judgement. This matter assumes greater significance in the election period when the media needs to show greater responsibility," the EC said.

Chavan's name also figured in the Adarsh housing scam, but he has now been found guilty in the paid news issue. The Election Commission finding him guilty is the first step towards his disqualification. If the commission disqualifies Chavan, he cannot contest for the next three years and importantly will lose his present seat in the Lok Sabha.

Chavan's possible disqualification will be a major embarrassment to Congress which has won just two Lok Sabha seats out of the state's 48 in the national elections held in May. The party's tally will then be reduced to just one.