Cabinet Secretary Ajit Seth, who was due for retirement this month, was today given an extension of six months. 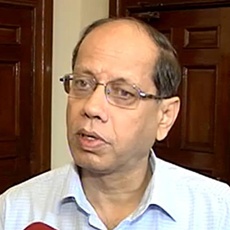 Seth's extension, his second in a year, was cleared by Appointments Committee of the Cabinet headed by Prime Minister Narendra Modi.

Seth's extension as union cabinet secretary will be effective from 14th June or till further orders, which ever is earlier, an official notification said.

Seth had taken over as Cabinet Secretary in 2011 with a fixed tenure upto 14th June, 2013, but his term was extended by the previous UPA government.