A Chinese government think tank has hailed the Narendra Modi, the prime minister-designate, as "India's Nixon" who would greatly expand business with China. It went on to describe Modi's approach towards governance as "very close to Chinese practices". 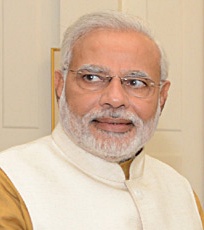 US president Richard Nixon's 1972 visit to the Communist nation came to be known as "the week that changed the world" and had significant geopolitical ramifications, including a shift in the Cold War balance, that saw the US and China come together.

According to Chinese government expert with the Shanghai Institute for International Practices, Liu Zongyi, who sought to counter fears in Chinese quarters that Modi could be autocratic as a right-winger in Indian politics, Modi would more likely become India's 'Nixon' who would further propel China-India relationship. Modi's governance style and philosophy were very close to Chinese practices, he added.

Nixon has many admirers in China who credit him with breaking the deadlock between the two countries in the 1970s.

"The opposition to the BJP holds this view (that Modi could be autocratic) out of the need for partisan competition, while as for Western critics, their attack on Modi is out of ideological concerns, because Modi's governance style and philosophy are very close to Chinese practices," Liu wrote in the Communist Party mouth piece, Global Times.

President Pranab Mukherjee on Tuesday appointed Narendra Modi as the prime minister after BJP president Rajnath Singh handed over the letter of support from 335 Lok Sabha members of the NDA. Modi would be sworn in as prime minister on 26 May.

The development came after a day that saw dramatic scenes, with Modi choking with emotion while addressing the newly elected party MPs and party patriarch L K Advani hailing him for the ''historic'' victory at the hustings.

Around noon, Modi was elected leader of the BJP parliamentary party at the Central Hall of Parliament following which NDA leaders announced their support to Modi. A Rajnath Singh-led delegation of senior BJP and NDA leaders then called on the President.

Modi could not control his emotion when he referred to the absence of ailing senior party leader Atal Bihari Vajpayee in his speech. He said, ''Had Atalji been in good health, he would have been here. It would have been the icing on the cake (sone pe suhaga).''