Punters no longer have a stomach to bet on Rahul Gandhi as the next prime minister as the day of reckoning nears. 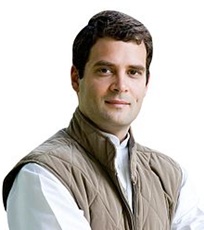 Leading bookies in Rajkot, Indore and Ahmedabad are reported to have stopped betting on Rahul Gandhi as hopes of the Congress getting to rule the country again fades.

The odds in favour of Rahul Gandhi to be the next PM was about Rs6-7 even last month against Rs500-525 in favour of Aam Aadmi Party chief Arvind Kejriwal, say repots.

The satta bazar rate for Narendra Modi, the BJP candidate for the PM post, leads the pack with quotes from as low as 18 paise in Mumbai to 30 paise in Gujarat.

Congress vice-president Rahul Gandhi is a far riskier bet, with rates varying from Rs12 in Mumbai to a somewhat respectable 40 paise in West Bengal.

With poll results looming, the illegal satta bazar is thriving in areas around the national Capital, according to Mail Today .

About 60km from Delhi, in Hapur in western Uttar Pradesh, which is also one of the largest futures trading centres, the odds are stacked in the BJP's favour.

Reports say many businessmen in Hapur have placed illegal bets worth lakhs of rupees.

"Rahul Gandhi is not a running item anymore," the Mail Today report quoted a person as saying.

In the Rajkot-Indore circles, the rates for the NDA coming to power has also come down to 44 paise.

Bookies are also betting heavily about the Congress getting less than 100 Lok Sabha seats, with the rates for it getting 85-90 seats at Rs1.60-1.70, according to the report.

Betting rates in the satta bazar seems to follow some opinion polls that have predicted 227 seats for the BJP-led NDA, 101 seats for the Congress-led UPA and 215 for all non-NDA, non-UPA parties combined.