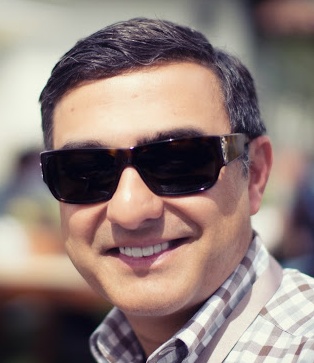 Vivek "Vic" Gundotra, is leaving the company after an eight-year stint as the head of Google+, thye search giant's social network, which he created.

While it was not clear what would be his next assignment, his exit would leave the future of Google+ in uncertainty.

According to CNET, his departure comes after a  rumour posted two days ago on the app Secret that, "Vic Gundotra is interviewing."

ANI quoted an unnamed source as saying that Gundotra had problems with Google's management team.

Meanwhile, praising Gundotra in his own Google+ post, CEO Larry Page thanked him for a tremendous almost eight years at Google and for building Google+ from nothing, the report added.

In a Google+ post, Gundotra wrote, ''From starting Google I/O, to being responsible for all mobile applications, to creating Google+, none of this would have happened without Larry's encouragement and support. I am excited about what's next. But this isn't the day to talk about that. This is a day to celebrate the past 8 years.''

Gundotra served a stint at Microsoft, before joining Google in 2007. At Google he was responsible for open source programmes like Android, and later took to Google's troubled social initiatives.

Commenting on Gundotra's post, Google CEO Larry page said, ''You cut your teeth on our mobile apps and developer relations, turning our disparate efforts into something great. When I first used turn-by-turn navigation, it blew me away. And, walking onto the stage at I/O last year, it was amazing to see developers so excited about Google.

"These were vintage Vic projects. Then you built Google+ from nothing. There are few people with the courage and ability to start something like that and I am very grateful for all your hard work and passion. I really enjoy using Google+ on a daily basis, especially the auto awesome movies which I really love sharing with my family and friends."

(Also see Gundtra's announcement on Google+ post: "And Then")