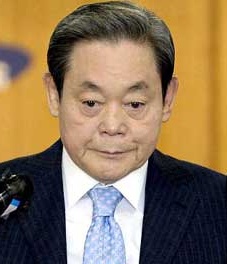 The Indian government is seeking to convince the Supreme Court to exempt Lee Kun-Hee, chairman of Korean major Samsung Electronics, from making a personal appearance before a trial court in Ghaziabad in a $1.4-million cheating case against the company, commerce minister Anand Sharma said today.

''It is not good to summon the chairman of a MNC [multinational corporation],'' the minister told newspersons in New Delhi.

"Samsung is one of the largest companies of Korea and it has huge presence and investments in India ... it sends a very negative message and will definitely adversely impact the investment and business climate.

"But the courts have to take a view. I feel that such extreme steps will send shock waves amongst the corporate world. That should be avoided. The concerned authorities need to be very careful and exercise caution," Sharma said.

The government reportedly wants the Supreme Court to allow a relatively junior Samsung official to appear before the trial court.

Sharma said companies function in an executively hierarchical manner and their chairpersons should not be summoned in case of complaints.

Samsung in a statement said that it has no relation with the case in which the Supreme Court has directed Lee Kun-Hee to appear before the court.

''There are no grounds, let alone evidence, to support the accusation against Chairman Lee. [He] is not involved in the day-to-day operations of the many overseas subsidiaries of Samsung. We are confident that the Indian courts will recognise the innocence of chairman Lee and deliver justice,'' the statement said.