Sunil Gavaskar to take over as IPL chief administrator 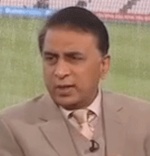 In an unprecedented move  that is sure to please India's myriad cricket lovers, the Supreme Court on Friday appointed batting legend Sunil M Gavaskar as the interim head of the Board for Control of Cricket in India, ousting N Srinivasan - whose continuance in  office was earlier termed by the bench as ''nauseating'' (See: SC proposes Gavaskar as interim head of BCCI; bars CSK, RR from IPL 7).

Gavaskar (64) would be "interim working president" of the BCCI, the bench headed by Justice A K Patnaik said.

Gavaskar's role would be restricted to the conduct of all matters relating to the lucrative Indian Premier League. The BCCI vice president Shivlal Yadav will be in charge of all other matters. But Gavaskar will decide whether IPL chief executive officer Sundar Raman should continue or be replaced.

The court said this arrangement will remain in place till the bench delivers its final verdict on the case pertaining to corruption in the IPL.

The court has left it to Gavaskar to take a call on whether any employee of India Cements, of which Srinivasan is the managing director and which owns CSK, can be allowed to participate in affairs relating to BCCI.

Significantly, the court allowed Chennai Super Kings and Rajasthan Royals – the two teams worst tainted by the 'spot-fixing' scandal – to play in IPL-7.

The apex court had previously proposed prohibiting the two teams from playing in the wake of serious allegations of illegal betting and rigging of matches, allegedly involving officials and players.

The SC on Tuesday had told Srinivasan to step down as the BCCI chief to enable free and fair probe in the betting and spot-fixing scandal involving his son-in-law Gurunath Meiyappan and some cricketers. But Srinivasan refused to step down, to the annoyance of the court.

Meiyappan was found guilty of match-fixing and betting during IPL 2013 by a court-appointed committee headed by former Punjab & Haryana Chief Justice Mudgal to probe corruption charges against the team owners of Chennai Super Kings and Rajasthan Royals.

Later on Thursday, the judges had said that both teams should be barred from the eight-team tournament which is to start in Abu Dhabi on 16 April; but changed its mind in this regard on Friday.

The SC has asked Gavaskar to get out of contractual obligations with the BCCI for commentary, and said he will be compensated for the job of interim president by the cricket board.

The court stipulated that except players and commentators, no other employee of India Cements or its subsidiary or associate companies will participate in any duties or functioning of the board.