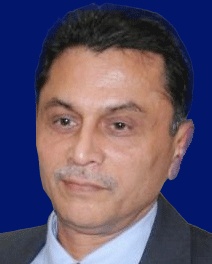 The Central Bureau of Investigation (CBI) is working with a "crazy logic" to circumvent facts by registering preliminary enquiry against former officials of capital market regulator Securities and Exchange Board of India (SEBI) for granting a licence to MCX Stock Exchange, C B Bave, former chairman of SEBI,  said today.

Bhave said the CBI move is based on permission given by him as SEBI chairman to Jignesh Shah to start a currency exchange when there was a proceeding by the income-tax department against him. But he said, the I-T department itself found no merit in proceeding against Shah.

"CBI chose to ignore the fact that IT department found no merit in its probe against Shah. And yet chose to file a criminal PE against me... All that we heard from media reports that by giving Jignesh Shah, the licensee, we gave him undue benefit. While this is silly because any licence can result in a benefit, they should find out if MCX-SX has made any profits," he said.

Bhave, who served as SEBI chairman for three years till mid-February 2011, has been credited with several path-breaking orders and decisions taken by the capital markets regulator and the CBI move against him has already evoked sharp reactions from many former bureaucrats, including ex-CAG Vinod Rai, as also by union minister Jairam Ramesh.

It is pertinent to note that former home secretary G K Pillai who took over as chairman of MCX Stock Exchange a few months ago, resigned as head of the beleaguered bourse after the CBI registered a PE against Bhave, SEBI's former whole-time member K M Abraham, as also against Shah-led FTIL and MCX, last week.

MCX-SX, which was set up by FTIL and MCX, was initially given licence to operate in a limited segment of currency derivatives in 2008, but SEBI refused permission to allow it to act as a full-fledged bourse for years as it was not found to be in compliance with existing regulations for the same.

Incidentally, it was Abraham's order in September 2010 that rejected MCX-SX application for a full-fledged exchange, saying it was not in compliance with shareholding regulations and it was not a 'fit and proper' entity for such a business.

MCX-SX could launch services as a full-fledged bourse only last year after it met all the necessary regulations and conditions imposed by SEBI.

After a major Rs5,600 crore payment crisis broke out at National Spot Exchange Ltd (NSEL) in August last year, SEBI ordered a further revamp of its board and governing structure as NSEL was promoted by the same promoter group.

Reports, meanwhile, said the immediate trigger for the CBI process is SEBI's rift with the Sahara Group that started with the disqualification of Sahara's issue of optionally fully convertible debentures (OFCDs), circumventing the SEBI route, to raise over Rs22,000 crore from the public.

Asked whether he saw any conspiracy in CBI filing a PE years after his retirement, Bhave said, "I have read about it in media reports. I have nothing, no communication from the CBI. I have no idea what is that they suspect, nothing absolutely.

"There is no charge as yet that I know of. It, I believe, is a suspicion. I am going by what is contained in the media reports. I have not been informed or contacted by the CBI."

Bhave also accused CBI of indulging in "pick and choose" while registering a preliminary enquiry against him and SEBI's another former senior official in Shah-related matters.

A former Maharashtra cadre IAS officer of 1975 batch, Bhave further said that the CBI must probe him if it has any evidence. A PTI report on Monday also quoted Bave as saying that the agency would have to "publicly apologise" to him for tarnishing his reputation if they find no substance.

While Bhave's stance smacked of a certain revelations in the offing, he, however, refused to speak on whether actions taken by SEBI against Sahara and other corporate entities during his tenure could be linked to the present case against Sahara group.

"I have no idea and there is no way of knowing the same unless they (CBI) share something with us. Whatever I know is from newspaper reports. They have not shared anything with us and have not contacted us yet," Bhave said.