Nishi Vasudeva takes over as CMD of Hindustan Petroleum 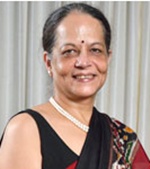 Nishi Vasudeva today took charge as chairman and managing director of Hindustan Petroleum Corporation Ltd (HPCL), becoming the first woman to be appointed as CMD of a Navratna PSU.

Vasudeva, who turns 58 this month, takes over from Subir Roy Choudhury as the head of the company. Choudhury retired yesterday on attaining the superannuation at the age of 60.

On 4 July 2011, she created history by being appointed to the HPCL board as director, marketing.

Vasudeva is an MBA from Indian Institute of Management, Calcutta. She has  36 years of experience in diverse functions, including corporate strategy and planning, marketing and information systems.

She has played a key role in the development of several high impact strategies for the corporation as well as in design and implementation of mission critical initiatives of the organisation, which include business process re-engineering, enterprise resource planning etc, the statement said.

Vasudeva represented the corporation in various important industry forums like the Committee for Development of Perspective Plan for Hydrocarbons (also known as the Sundararajan Committee) which carried out an in-depth analysis of the petroleum sector and was instrumental in laying the road map for deregulation/dismantling of the APM and ushering in reforms in the oil and gas sector.

Beginning her career in the oil industry with Engineers India Ltd, she served as executive director of LPG at HPCL and was also chairperson of Bhagyanagar Gas Ltd.