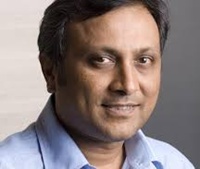 Jain has been acting as group advisor of Bharti Enterprises after the company split with Walmart last year.

Commenting on the appointments, Rajan Bharti Mittal said, ''Bharti is committed to building a world-class retail venture and we are delighted to have Raj and Pankaj on board. I am confident that their rich experience and insights into the retail business will add immense value to the company's growth plans.''

Jain brings with him vast experience across retail, consumer durables and FMCG sectors. Prior to his current appointment, he was Advisor to Bharti Enterprises. Before that, he was President, Walmart India and also held the position of managing director and CEO, Bharti Walmart for over six years.

Earlier, Jain was the Asia Pacific region head of marketing and supply chain at Whirlpool Corporation in Shanghai and had also served as managing director and CEO of Whirlpool India.

He began his career with Unilever, where he held key managerial positions in sales, marketing and supply chain in India and the UK.