Bungling by US official led to Indian envoy's arrest: report

An activist attorney and some bungling by law enforcement authorities have combined to make life miserable for Indian diplomat Devyani Khobragade in the US and strained diplomatic relations between US and India, according to latest reports. 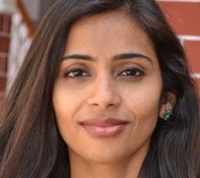 US authorities also goofed up on the fact that Devyani was covered under the Vienna Convention on diplomatic immunity even on the day she was arrested, say diplomatic sources.

Smith ''simply made an error in reading the DS-160 form, which supported the visa application for the domestic worker, Sangeetha Richard'', news agencies quoted Arshack as saying.

''He erroneously and disastrously believed that the $4,500 per month salary entry on the form was Richard's expected salary when, in fact, it was clearly a reporting of the base salary to be earned by the employer, Khobragade, in the US,'' the agencies said, quoting Arshack.

It was mandatory to enter the sponsor's income in the DS-160 form to support the online non-immigrant visa application. This is to enable US embassy officials in New Delhi to determine that Khobragade earns enough to pay her housemaid the $1,560 per month ($9.75 per hour for a 40-hour week) as per the employment contract.

''Somebody who messes up on the paperwork and causes a terrible thing to occur is very very serious,'' reports quoted Arshack as saying.

But, the manner of the arrest, which included handcuffing, strip-search and lodging in a cell along with drug addicts, until bail was granted was unrelated to the misreading of the visa application and the US authorities have not yet found the right answers for it.

New Delhi contents that her arrest and ill-treatment was a complete violation of the Vienna convention on diplomatic immunity.

In fact, the Indian government, in a retaliatory move, has downgraded the privileges of US diplomats in India to bring them on par with privileges accorded to Indian diplomats in the US.

Reports said that the US ambassador to India Nancy Powell had to cancel a scheduled trip to Nepal after the foreign ministry refused to extend her special privileges like security and immigration assistance that usually come with the job.

She was curtly reminded that all of these had been withdrawn.

The foreign ministry is also reported to have asked the Central Board of Direct Taxes (CBDT) to send a tax notice to the US Embassy seeking details of the tax returns, taxes paid and employment details of all the family members and local staffers at the embassy and its consulates in India.

The foreign ministry has also mapped out a Plan B, which includes stopping the working of diplomats' spouses and relatives without requisite permits.

There is also likely to be close scrutiny of the diplomatic status of those working in United States Information Service and American Centre in the country.

"The US has been claiming tax exemption for the American School and its staffers. They also run a club inside the US Embassy premises as well as a beauty salon and a café. We need to know why this should be exempted from paying taxes," reports quoted sources as saying.

New Delhi also turned down the US's assertion that its missions need prior permission from Washington before submitting such details.

While India keeps up the heat on Washington and strengthens its legal case, backroom efforts are also under way to find a way out of the situation so as not to affect the friendly ties between the two countries, say reports.